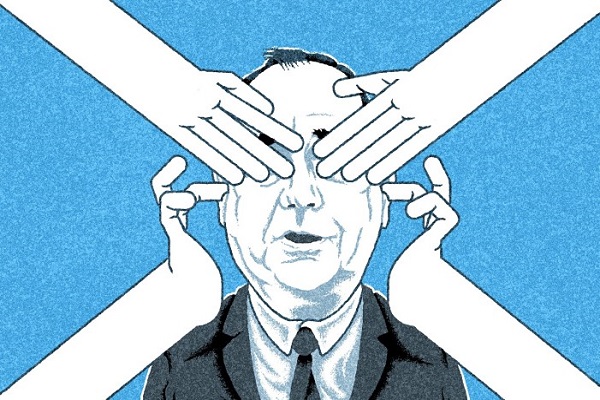 The voting in polling station 2664 was annulled for having three extra ballots in the box, and two more missing from the stack, announced the State Election Commission.

DUI will be knocking from door to door for Pendarovski

After having made a complete analysis, the assessment of Ali Ahmeti’s party is that they are fully satisfied from their contribution to consensus candidate Stevo Pendarovski in the first election round of the presidential elections. DUI will maximally engage on the ground in the second part of the campaign, namely, it will go from door to door to motivate party structures and citizens to support Pendarovski for president of the state.

– After having made a complete analysis, we are absolutely satisfied with our contribution, which was decisive for the win of consensus presidential candidate Stevo Pendarovski. The second

element is Debar, where we won from the very first round. And the third element is the complete fiasco and failure of the turbo-folkloristic opposition with the historically weakest result of an Albanian candidate in presidential elections, and without an Albanian opposing candidate, stated for Plusinfo, Artan Grubi, organizational secretary of DUI.

City Park 2 will develop on the illegal landfill in Karpos

Teams of the City of Skopje and the Municipality of Karpos today started a major action for cleaning up the decades-long landfills behind the Sport Center “Boris Trajkovski” by the quay of the Vardar River. Mechanization and workers of the Public Enterprise “Water supply and Sewerage” are involved in the activities, and the cleaning up is expected to last about 10 days. The Mayor of the City of Skopje, Petre Silegov and the Mayor of the Municipality of Karpos, Stefan Bogoev, attended the action.

“This illegal landfill is a decades-long problem. It started forming with the depositing of wreckage from the catastrophic earthquake in Skopje back in 1963. Several generations of city and municipal mayors have ignored the problem, and unfortunately, some have even continued to deposit waste at this location. Now, together with the Municipality of Karpos we finally found a solution for this problem and are starting with the realization of another one of our promises. Today we are starting with the cleaning of this landfill, after which the surface will be covered. A park well be set up here on an area of 90.000 square meters (over nine hectares), which we will named City Park 2”, said today Mayor Silegov.

The murderers of Sazdo receive19 years of prison

Besir Belja and Skender Demiri received prison sentences of 19 years, two of the accused for the murder of Nikola Sazdovski Sazdo.

The third attacker Jeton Ljuca is on the run. In addition to the prison sentences of 19 years, they are also to pay compensation to the victim’s family. They need to pay a compensation of 1.200.000 denars each to the father, mother, brother and sister of Sazdo and 600.000 denars to Sazdo’s grandmother.

Belja and Demiri are in detention in the prison in Sutka, while for the third suspect a domestic and international arrest warrant has been issued.

CIVIL From the notes of the observers: Where is the stamp?

At one polling station in Skopje, during the counting of the voting it was concluded that 13 ballots were without a stamp, due to a mistake of the election board.

This is how the story of an observer of CIVIL begins.

“Then there were calls to the Municipal electoral commission, from which the election commission requested an opinion. From there they replied that minutes need to be prepared and for the ballots to be declared invalid”, says CIVIL’s observer.

The presidential campaign continues – someone is happy, someone will be “clearing out”

The candidate of SDSM and the coalition partners, Stevo Pendarovski, and the candidate of VMRO-DPMNE, Gordana Siljanovska Davkova are running in the second round, whose votes in numbers do not differ much. The two candidates, and the parties that stand behind them, will now be trying to win over, as they stated, the votes of the third candidate Blerim Reka, of the dissatisfied, of the Colourful Revolution…

The Mayor of Gostivar, Arben Taravari, in last night’s debate on Television 24, said that the two parties should not hope much for the votes of Reka”, is said in the election chronicle.