Categories
Home Newsroom CIVIL, it is the citizens

STATEMENT CIVIL, it is the citizens 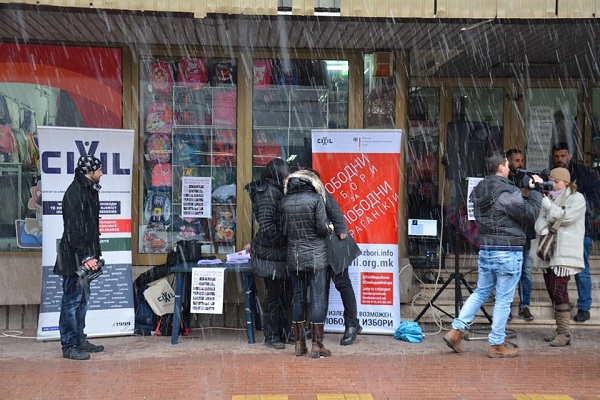 The announcements and analyses, as well as CIVIL’s media platform are not the only ways in which the voice of the citizens can reach the public and the institutions. On the contrary, they are just one part of the work of this original Macedonian organization for human rights and freedoms that has been existing for 20 years now. the CIVILians believe that without close and daily communication with the citizens, announcements, analyses and publications, we would be empty and useless.  For two decades now, CIVIL has been promoting, advocating and defending human rights and freedoms, and has been trying to formulate, articulate and give visibility and loudness to the demands and expectations of the Macedonian citizens, regardless of their ethnic, religious, social, political or other affiliation, determination or orientation.

Values and green values, gender equality, justice, freedom and equality for all are the core of the organization’s determination.

CIVIL is an organization that is in constant contact with the citizens. The teams of the organisation are continuously preparing visits to smaller and larger towns and villages, with the purpose to provide information for all those who are affected by pressing issues in society, and at the same time, to hear the people who have the need of space where they can express themselves and articulate their demands from the institutions at the local and national level. CIVIL as a human rights organization, established 20 years ago (1999), has become recognizable for its mobility – since day one, it has been on the ground, available and open for everyone.

“We are proud that the citizens of all communities, with various orientations, determinations and backgrounds, communicate with the organization and wholeheartedly contribute, together with us, to democratic transformations in society. The support and the trust of the citizens has made us special. Our visibility and the influence that we have comes from them. CIVIL, it is the citizens. Nothing more!”, stated Xhabir Deralla before leaving together with the team to one of the many trips across the country.

In this period, in addition to the exceptionally dynamic agenda, the organization is preparing to mark its 20-th anniversary. The organization was established on November 25, 1999.