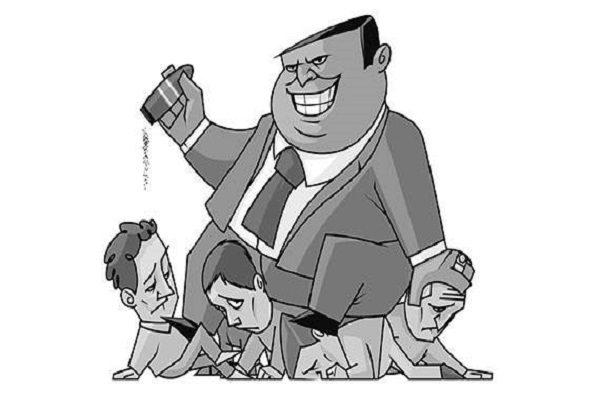 CIVIL – Center for Freedom demands from the legal and executive branch of government to put an end to the dissipation and privileges that the officials enjoy. Starting from previous presidents, and ending with managers of state agencies and institutions, all privileges must be cancelled, that is, reduced to a level acceptable for such a poor country that declares itself as a welfare state, according to the Constitution.

It is senseless to spend huge amounts of money for life-long privileges of former state presidents, regardless of whether they had been up to their task or were criminals. Simply, there is not a single logical reason for them to be living lifelong in luxury at the expense of the poor citizens of the Republic of North Macedonia.

Officials in the legal and executive branch of government, and certainly also the local government, have to give up their luxury automobiles, travel costs, representative expenses, overpriced trips for which they have weak excuses, luxurious furniture, procurement of artwork for “decorating” their working place, and all other commodiousness to which they are entitled to on the basis of laws behind which are suspicious, and even criminal motives.

Everything that has been procured until now, has to be sold, and for the money to be intended for improving education, health care and security. Instead of local sheriffs driving in automobiles of over 50.000 euros, firefighting and ambulance vehicles should be procured, or busses for students. Instead of overeating in restaurants, officials have to work on the fight against corruption and poverty in the country.

Appanages have to be abolished or reduced to a minimum. In this country, a beneficiary stops receiving social assistance if he or she earns extra income from collecting plastic bottles in the amount of 300 denars. It is unacceptable to create, and then to maximally take advantage of all regulations according to which officials practically do not have to reach for their pockets at any time. With all due respect to exceptions that we know do exist, who act honestly and responsibly towards the public resources. However, individual good examples among officials are not enough!

CIVIL demands for all legal regulations to be revised, according to which excessive benefits are given both to current and outgoing officials. In times when we have children dying because of the poor health care, when the youth are in a huge percent illiterate, when people are starving and are freezing in their homes, 165.000 euros cannot be spent annually for someone, even if it is for a previous president.

CIVIL demands introduction of standards, according to which procurements will not only be transparent, but also rational! Vehicles must not be luxurious, nor in large numbers, but rather according to the practical needs of the institutions and the people managing them. The same applies to all the other aspects of their spending.

If the authorities do not start an immediate procedure for correction of the legal regulations according to which astounding amounts of money for benefits of officials are spent, the citizens then need to use their right to protest.

The politicians are to be blamed for the...

Deralla: The message is simple – end...