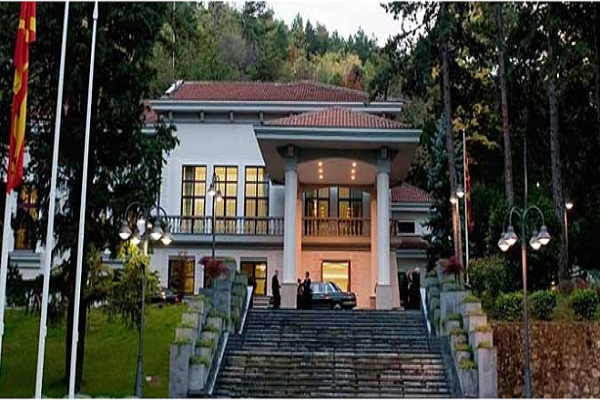 ELECTIONS: The leaders’ meeting that was convened for setting a date for the elections, ended with an agreement between the leaders that they will additionally agree. Leader of VMRO-DPMNE, Hristijan Mickoski, stated that he will not bid with the health of the citizens. Zoran Zaev, leader of SDSM, on the other hand, stated that the only way to show concern for the public health is by putting all institutions in the country into function, primarily, the Parliament and the Government. Ahmeti will wait for recommendations of the Commission for Infectious Diseases. Sela is not going to elections without the OSCE/ODIHR, Besa will support the decision that will be adopted by a consensus, while DPA is for elections on June 14.

EASING OF MEASURES IN PHASES: The Government adopted the plan for easing the restrictive measures as a process that will be carried out in three phases according to the development of the epidemiological situation.

The first stage is current functioning of economic activities during the state of emergency and restricted movement across the country with gradual reduction of the curfew. The second stage, as a transitional stage, is initial establishment of work activities by complying to the recommended measures and strict work protocols in conditions of preventing and reducing the outbreak and spread of COVID-19. The third phase anticipates fully returning the regular work process by complying to the basic measures for personal hygiene and physical distancing.

STATE OF EMERGENCY: Prime Minister Oliver Spasovski at today’s press conference informed that the Government is making analyses of everything that has been undertaken so far in several segments in regards to declaring state of emergency, and according to movement in those segments a decision will be made whether another state of emergency will be requested.

SCREENING: Minister of Health Venko Filipce stated that as of today, there are no more active COVID-19 cases in 12 cities where there were COVID-19 patients. He announced that starting tomorrow there will be massive screening.

SOLIDARITY FUND: The Government at today’s session adopted the possibility for using the European Union Solidarity Fund (EUSF), for dealing with the financial consequences of COVID-19. As stated in the announcement, EU member-states have access to this fund, as well as EU candidate countries.

FREE ZONE: “Ask those, who are protesting against the measures, who say that the coronavirus is a lie, who don’t wear masks, are grouping and don’t keep a distance, who are against fines for those who are unmindful… why don’t they want to go to elections and defy this great lie and ‘dictatorship’?”, writes Petrit Saracini in his column – There is no Corona, but if there are elections– there is!?