BURST When justice means prison, and the truth defeat 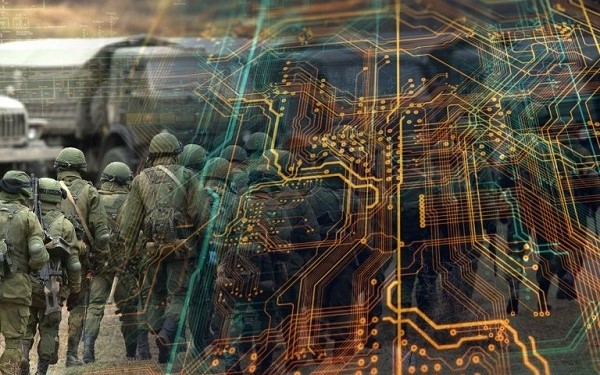 The situation in our country is not that complex after all. We have long ago flagged the two major armies on the Macedonian political map. We have also marked the smaller armies and gangs, which like puppies, predators or insects are circling around the big ones, sometimes at one side of the map, others at another side of the map. They are strongly opposed, their goals are diametrically opposed, the manner in which they fight and the weapons that they use are different. One are fighting to destroy everyone around them, to squeeze the last drop of the country, whereas the other ones are begging them to come to their senses and to join them in their goal. One captured the state and are still holding it hostage, whereas the other ones, are somehow pushing towards the EU and NATO. One to the East, as their crime is safe there, and the others to the West, often with manners that have nothing to do with the West.

That strong contrast can be noted from the very beginning of the fall of the Family’s regime. The regime was convulsively struggling to remain untouched, for the legal state not to catch up with them, not to give democracy a chance. They are doing everything to destroy every chance for the country to advance towards the rich West, where rule of law and democracy rule. They want to divide the country again, in order to come to power and to rage as they raged before.

They gave everything there was to give, even millions of euros from the billions they stole, just so that the legal state does not start to function. Normally, because a legal state for them means prison. They did everything they could, from the first day, to prevent the SPO to come to the needed evidence. We will soon find out what they have managed so far to destroy in and with the SPO.

Now they are doing everything they can to preclude the law on the prosecutor’s office, to ensure impunity for their crimes. Their MPs and officials are using false news, are igniting hatred, are lying and screaming all around. If we disregard the destruction (and we can’t and must not), there is nothing funnier than when an MP is ruthlessly lying on Facebook, and after he is caught, he continues with the same expression on his face as Inspector Jacques Clouseau in the “Pink Panther” movie, when with the miniature little car, he hits the two cars in front and in the back, and parks as if though nothing happened.

The latest examples I can think of are the false news of Miloshoski and Stevanandzija, and not to mention Gruevski’s and Mickoski’s regent, because too much laughter is not that good for the stomach. In other words, how little Gjokica imagines policy. I’ll say again, if they weren’t destructive, overly rich from the decade-long stealing and pathologically violent, they would’ve been simply unbearably hilarious. For their couriers, we can only say that they are reflecting their stupidity, destructiveness and immorality quite well, in addition to displaying how much money they actually have. Not to forget, the Russian connection is ever more present in this story, which in these two years has become more than obvious.

We’ve been watching them sowing hatred, violence and fear for decades, with endless dullness in their views, and they call that politics. And in a democratic country, just rescued from their destructive rule, they take themselves seriously. Yes, I know, that too is democracy. Constantly keeping your hand held out for partnership, regardless of how much there is a furious dog on the other side that is biting that hand.

And when finally we heard that, as they have called it, a draft plan for decisive action against the spreading of disinformation has been developed and is resolutely being pushed against attacks on democracy, the counter attack was expected. And again, just as the SPO bothered them, just as the prosecutor’s office that will bring justice bothers them, just as the special court department for crime and corruption bothers them, so has the action against false news, disinformation and hybrid attacks against democracy and the system been met with a knife from their pathetic servants in the media megaphones that spread false news, disinformation and hate speech.

So, from what I’ve heard from speakers in the government, when they presented the “plan for decisive action”, I don’t see that it’s about endangering freedom of speech, but rather about its defence. I say this from the positions of a human rights activist for over three decades. And all those years I’ve been part of those people who’ve been a target of the evil that hate speech brings, a victim of structured violence that uses media manipulations and disinformation, constantly labelled as a traitor and spy. That is why I see this plan proposal as a relief. Before this plan is proposed, I, along with thousands of people, fellow citizens, are victims and we are fighting in every way we know against what the state also says it will take action against. Certainly, with all the necessary caution, because our job and responsibility is to always look at events and processes critically.

State institutions have an obligation to respect human rights and to make sure that neither they, nor any other center of power, individuals or groups, commit any type of violence against anyone. Who, if not the state, is responsible for respecting human rights? That is why the institutions exist. When the state is captured, it becomes a weapon in an organized crime group for terminating of and trampling on human rights.

If Facebook says it’s intensifying the fight against false news, we say: “Oh, great, it was about time!”. If the Prime Minister of New Zealand calls on Facebook, if it already earns from its users, that it has to take responsibility also for the content it enables at the global level and says that she will resolutely and strongly fight against online extremism, we welcome that. If those standards are presented as a draft plan in our country, if the Prime Minister displays determination to lead the government towards fulfilment of the obligations undertaken to defend the citizens, through internationally verified systems and standards, with the help of all world authorities in this area, then we immediately have a problem. Why? Really, why the hell?

And I say this with all the understanding for those who are always ready to find a threat to human rights and freedoms in every, even the best-intended, procedure of the government. I am one of them, and I have already read some reactions in which scepticism can be seen, which, according to me is healthy and desirable.

Not only in North Macedonia, but everywhere in the world, we see situations when in an attempt to implement democratic standards, human rights are violated. We follow those procedures with attention, in the finest details and nuances, and will always react to them. However, if the Prime Minister and his team have decided, finally, to initiate action against disinformation and the strikes against our democracy, it’s time for everyone to take their share of the responsibility. The government has to carry out the plan with no excuse. Any other option will bring nothing good.

Until now, we were alone in this fight with the evil that disinformation and the hybrid war against democracy bring. Let’s hope that we will not remain alone, because the couriers will surely not stop after the adoption of that plan to combat disinformation. They will only reinforce their fight against democracy. The Kremlin is expecting this from them. But for me and the enormous, unfortunately, too quiet majority, justice means prison for the crooks, and the truth means defeat for their servants.

Naumovski: Both the local and state government...

CIVIL is always in defence of human rights and...