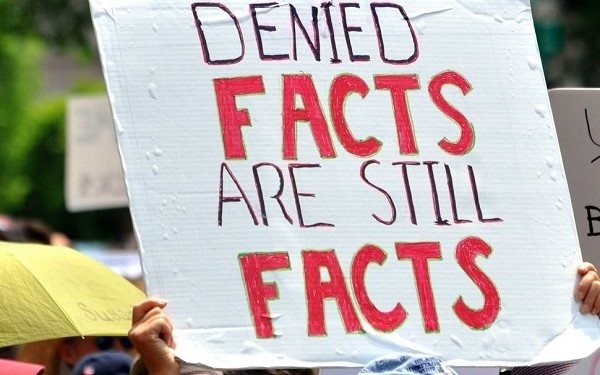 We have been living for too long in a society where criminals (multimillionaires and billionaires) speak about justice, using the same expressions that, actually, apply to them, which they have heard and read in addresses made to them. Stubbornly and with the least bit of shame, they will do anything just to win the fight against the truth. This is a time when criminals spare no effort to undermine any hope that the rule of law will be restored. It is crucial to kill the hope of the opponent. In this case, the opponent is hope that life can be better and of better quality and that justice and the law are possible.

When someone wants to hinder justice, they always lay hands on the law first. Certainly, in an extremely manipulative manner. The application of law through its loopholes and shortcomings (usually created deliberately) serves criminals to avoid justice.

When the law is not applied, or is applied with difficulty, or even selectively, the media and social networks are activated. On behalf of the criminals, the media and the trolls both sue and prosecute, and at the end, they are also the executioners. The main goal of criminals is to portray themselves as victims, and those prosecuting them, as criminals. From subtle to direct and vulgar, violent and militant, the attacks on justice are aimed at people, individuals and groups, with the purpose to undermine the institutions, to ruin their reputation, to provoke anger among people, to create an image that “they’re all the same”, in order to gradually build an image of a victim, and not of a criminal.

That’s how Stalin, and before him also Hitler and Mussolini, successfully played victims before the public, to later commit unprecedented crimes against humanity. Slobodan Milosevik also ended his speech on Gazimestan (June 28, 1989) with the words: “Long live Yugoslavia! Long live peace and brotherhood among the people!”. His speech is often marked as the beginning of the bloody fall of the Yugoslavian Federation. Putin is also a “poor victim of the evil West”, although he never has explained why millions of young Russians dream of leaving for the countries of the evil, and no one from over there wishes to settle in Russia. Bashar al-Assad, the Syrian butcher, is also a “victim” of the attack by the Western imperialists, and his armed forces and police, together with the Russian armada, “have done nothing wrong” to the Syrian people. On the contrary, they’re all victims, and even innocent, honest and dedicated fighters for justice.

And so are Mickoski and company “victims” of Zaev’s “junta” (description of his party when it was in power). Although it has been said countless times before, they act like they’re deaf and continue with the theft and replacement of thesis, in parallel with the rapid infiltration everywhere in the system and in the public. Listening and reading the hysterical attacks carried out by those fighting against justice, and at the same time, also against the Macedonian strategic interests, it can easily be noticed that literally every word has been stolen from reports and messages directed to them in the 11 years of rule of terror of the criminal Family.

And so has briber Jordan Kamcev turned out to be a victim of “racketeering”. The asylum seeker from Budapest, who his closest associates and members of the Family have called a coward and criminal, is also a victim… They are all victims. At the same time, if they can’t portray the current government as incomparably worse, then it’s quite enough to portray it at least as “the same”. Cheap, but they get away with it…