Categories
Home Newsroom What a contrast!

BURST What a contrast! 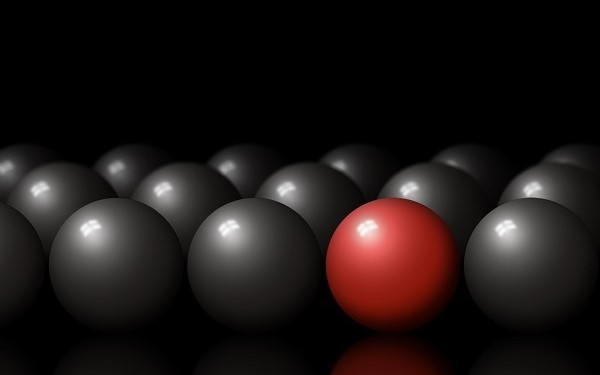 I hear that a former minister of finance and university professor, who hasn’t been around for quite some time and is now positioned high in the hierarchy of a right-wing party, was invited to the “Economist” Summit in Skopje. From what I found out, it was just him who had officially representing the party, while the others, the president and his adjutants, had participated in the Summit disguised as waiters and technical staff.

The former minister, according to some mean rumours, had went from participant to participant and, and if he had found the name and vocation on the badges of the participants important, he would approach them and convince them that the host of the event was a person convicted during the time when his party had been in power and that he is a dictator. When ridiculed, he would use the “fiercest argument”, and that being that this government is raising the minimum wage and wants to refund the VAT to the ordinary people! He would convince them that it would be a devastation to the country’s economy, that it’s wasting state money and that money that has been collected from the citizens should in no way be returned to them. Here, for a moment, he would draw attention, but immediately afterwards they would continue to laugh. Then, he had gone to one of the bathrooms and started sending an encrypted message to the president of the party.

The experts on decryption reveal that the former minister had expressed suspicion in the message that aluminium had been released in the hotel’s ventilation and that everyone had been like hypnotized by the prime minister. In the message he also had requested guidelines for further action. The president of the party had told him that he was waiting for guidelines from the honorary in Budapest.

According to sources in the intelligence circles, who also intercepted the communication from Budapest, the guidelines had been for everyone to withdraw from the positions, so that they’re not affected by the aluminium, so that he can be left alone, there in a foreign country. Otherwise the plan had been for mineral water to be spilled in the laps of the guests who had been sitting with the prime minister in the front row.

“Next time, with gas masks in action!” – reads the latest message from Budapest that has been noticed on the side-lines of the security measures of this spectacularly important and great event of the world-famous “Economist”. They had also rung the former coalition partner, but sources close to his sofa inform that he had been sound asleep from the increased dose of sedatives, because EU’s proximity had been causing him great discomfort.

When you have an event where you see that world-famous authorities sincerely and without any avoidance are giving such support to the country in which you are living in, you have little to comment on. Therefore, you can, for instance, make a causerie from some side details, from characters that persistently, neurotically and masochistically remain on the margins of everything that matters in the country for which they lie that they love more than their own life. Certainly not more than their bank account.

The “Economist” Summit once again showed the kind of dump we’ve been living in for 11 years. Really, what a sharp contrast! Until yesterday we had a president who appeared in interviews with a frown that distorted his face, threatening Germany and Europe. We had a prime minister who threatened to boot senior European representatives and used to send the US ambassador home. We had a president of a parliamentary committee for inter-community relations that called for “night of long knives” … A mayor who was going to repair the clock on the Museum of the City of Skopje (train station before the Earthquake) … Let’s keep the good mood, and stop further numbering.

And after this summit of 450 people from politics and the business sector from around the world and the region, after all the hugs and smiles, after all the messages, speeches and analyses that we saw and heard… what can a person say? Not to mention also what happened in the German Bundestag four days before that.

What can a person say to the sincere friend with a wide smile, Alexis? The surgically precise analyses and messages of Wess Mitchell, the clear support of the Vice President of the European Parliament Dimitrios Papadimoulis, the former President of the European Parliament Martin Schultz, the US Ambassador and all other guests of North Macedonia, important people in world and European politics and economy…

All of this is more than a clear signal that we should prepare for a different finale than the one we used to see in the decades behind us. If we don’t get a date, this time it will really be on the conscience of the European Union. We’re counting down.