News of the day: SONK and Ministry of Education on the same side for the teachers, on a different for the strike

SONK doesn’t agree with a 5 % increase of salaries that teachers will receive with the September salary, and demands for the salaries to be higher by as much as 25%, or as much as the minimum wage in the country has increased. SONK expects negotiations with the Ministry of Education by the end of the month for harmonization, and if there is no progress, there is the possibility for a general strike to be organized. 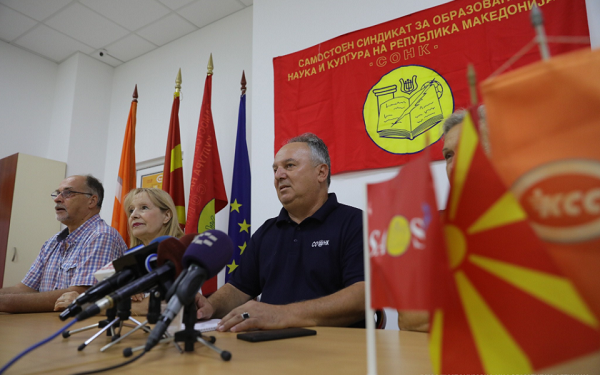 Minister Arber Ademi, on the other hand, has called on the principals and teachers to prepare themselves for the first day of school today, because, as he said, there should be no delay in the education of students, and first graders who for the first time will sit in school desks should particularly not be disappointed. At a press conference he said that the dialogue with SONK will continue in order for them to jointly define all future systematic measures for better quality of the curriculum and material status of teachers.

Zaev: Do not disappoint students on the first day of school

SONK’s announcement for a strike was also in the discussions of the opposition MPs at the Parliamentary Session where this weekend the new Government members were elected. They accused of low salaries in the education, whereas the Prime Minister replied that the salaries are being increased and would be even higher if the government wouldn’t have had to return debts. Zaev called on teachers not to disappoint the students with a strike on the first day of school when they are also to receive the new 5 % percent increased salary.

Ademi: There is no reason for a strike, the school year has begun in most schools 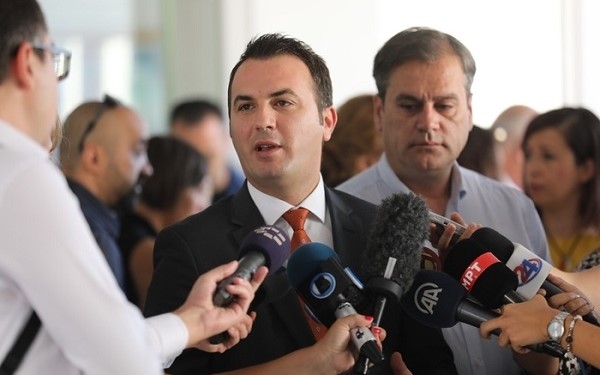 Minister of Education and Science, Arber Ademi, today stated that he doesn’t know how many schools are on a strike, but that the new school year has begun normally in the most part of schools. He repeated that there is no reason for a strike and that the Government is working on improving the status of the teachers.

Procedure for the dismissal of Katica Janeva continues in Parliament.

Businessman Micevski questioned for “Racket” case, will be demanding his money back from Boki 13.

New Minister Angelovska takes over management of Ministry of Finance.

Xhaferi submits report for the SPO to Dimovski. 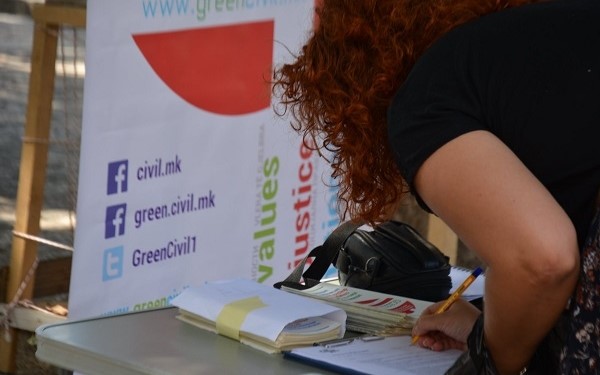 CIVIL in the municipalities of Valandovo, Strumica and Stip will promote the project “Green Future” tomorrow, which the organization is implementing in cooperation with Heinrich Bǒll- Sarajevo. At CIVIL’s info stands, citizens will have the opportunity to learn about the goals of the project, but also to share their thoughts, views and proposals for green values, social justice and antinationalism.

Nationalism as a last ideology

Although aware of their own scarce analytical skills, as opposed to these professional, in-depth and radically essential, which INFOMAXes have entered into the heart of things, during which, logically, have given faith to the alchemy of Mickovski’s words, I am modestly offering my opinion as well, not hiding the ambition for me to get into the essence of the announced discontent, and, of course, if possible, to recognize in the unrecognizable a reason for them, writes Milan Banov.

SONK, I don’t understand you!

Of course I would have understood you if you made your demands for higher salaries during the summer, with gatherings before the competent ministry or government. This way, you have disappointed not only me, but believe, many others. Fortunately, among those who are disappointed from SONK’s actions are also many education workers who will honestly and in a dignified manner carry out the first day of school, writes Velin Stojanovski.

Mitko Jancev: VMRO-DPMNE needs to be party that...

CIVIL with “Green Future” in Stip