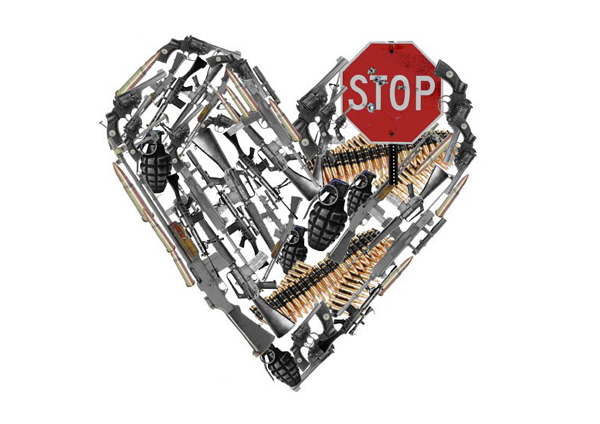 As most people know, every year there is a global week dedicated to raising awareness and awakening people to take action to combat harms caused by firearms. It is in this perspective that MI-RPD, an IANSA member organization, participated in this week’s activities with the aim of associating itself with all those who wanted to participate in the activities of the whole week which started on June 2, 19 to end on June 09, 2019.
Here are the important activities carried out by the MI-RPD during this week:

1. Publication and diffusion of a statement calling on the public to stop all attempts to use weapons, calls for dialogue in the diplomatic channel between Burundi, Rwanda and Uganda so that no more citizens be shot at the borders by the security forces. It could also help the various governments of these countries to enhance security and to implement the African Union’s disposition of September each year as an amnesty period to any gun-holder who decides to surrender it.

2. On June 07, 19, we gave an interview on three media namely the Voice of America, Great Lakes Info and Burundidayily. If we look at the messages we received on the phone, Facebook and other social media, it is clear that our message has been received by more than 100,000 people in Africa and even in other parts of the world. This will help them carry our message further.

3. With the interview we had with the Voice of America on June 7, 2019, most people who found that our explanations required a longer time for there were many issues that were raised on which the public needed more light. Hence the Voice of America decided to invite us on June 10, 2019 whereby we had the opportunity to answer a variety of questions raised by people from different countries and we were able to shed light on all the questions we were asked. On the same occasion, we took the opportunity to inform the public about the month of amnesty set up by the African Union with the aim of facilitating any weapon holder to hand it over in September without fear of being pursued by the law. It is also in this perspective that the Voice of America and the BBC have promised to join us in the September activities.

What is obvious is that the public needs to know the relationship between political conflicts and the proliferation of arms, the role of governments and that of a simple citizen in the fight against these weapons, to know well the circuits that the weapons take to arrive in the hands of the civilians, their origin and the way which they take to reach them as well as the exact number of the people who are killed annually by the arms in the Great Lakes region.

These are the issues that anyone working in this field must take to heart. Some of these issues will be discussed upon during the international peace festival that the MI-RPD is organizing and which will take place in September in order to contribute to the implementation of the resolution of the AU.