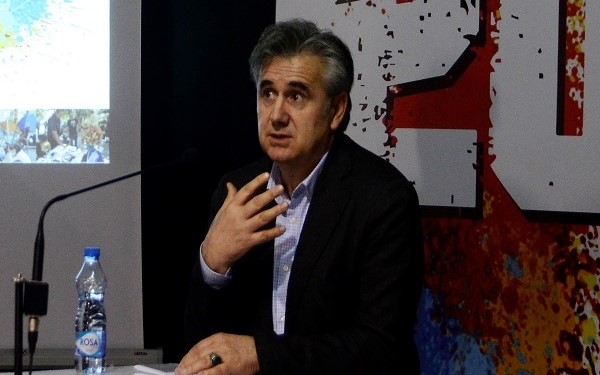 At the conference “Between Hopes and Reality”, which is part of the activities for celebrating CIVIL’s 20th anniversary, Ibrahim Mehmeti from the Swiss Embassy/SCD also spoke, about the need for continuous communication of civil society organizations with the citizens.

“You reminded me that when we started working in this sector, I speak from my perspective, if the other veterans will agree with me, we had no idea what civil society meant. We knew that there were NGOs supported by the international community. We started working on something we wanted to do without knowing the big picture.

If we look back over the years, on the occasion of CIVIL’s birthday, I think that the civil sector was at a very elementary level of development. The main problem for me all these years, especially in the last five, six years, was that civil society organizations were focused on doing something that was expected from them to do, but more by the donors than from what citizens expected. I think that this was the biggest problem.

The Swiss Embassy has been working actively ten years already on the programme for support of the civil sector, and we have come to a conclusion that this connection between the citizens and the civil sector is missing. For example, as they previously spoke from Eco Guerrilla, if they don’t have their supporters, their actions will be just material for the news, but they won’t be a reason for any change or concern for politicians. That is why we started with concrete measures, institutional support. I don’t want this to sound as an advertisement for our programme, but I think that it is very important for the civil sector because they are given support for what they want and know how to do, and not for what the donors need or think they should do in Macedonia. I think that we have good results, although it is early to say. I hope that the other donors will support this approach as well.

We have already seen that it functioned during the Colourful Revolution, sometimes an occasion is needed for all of it to happen, but I do think that we have progress. Before and after the Colourful Revolution we have two situations. We are now in the second phase where civil society organizations are active factors in creating and changing policies when possible and necessary.

Even though due to the nature of my work I shouldn’t be very explicit in assessing CIVIL’s work and adding adjectives, because it would be conflict of interests, I will still say that CIVIL is an example of an organization that even before we started these policies of strengthening civil society organizations to be closer to the citizens, they were already doing that from the very beginning. perhaps because of their activist and rebellious nature at certain moments. It makes them a good example of an authentic organization that will not wait to see what the donors want and then to apply, but do what is their calling, mission or task that they have set themselves.

I think they have done a good favour not only to themselves and their supporters, but also to other organizations, as they can be an example that such perseverance in pushing the agenda does pay off. I hope that you will continue that way”.

President Pendarovski one of the 14 speakers at...

RAMP - Panel discussion on the un(acceptance) of...