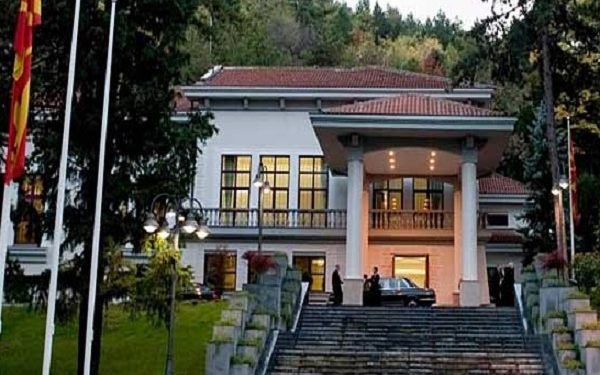 NEWS OF THE DAY: DATE FOR PARLIAMENTARY ELECTIONS UNCERTAIN

Postponement of the date for the early parliamentary elections scheduled for April 12 is becoming more and more certain. Today, State President Stevo Pendarovski announced on his Twitter profile that a leaders’ meeting will be held tomorrow, where the possibility for postponing the elections will be discussed.

The Cabinet of the President confirmed the information announcing that the meeting has been scheduled for tomorrow at 12.00 noon, with presence of SDSM President Zoran Zaev, VMRO-DPMNE President Hristijan Mickoski, DUI President Ali Ahmeti, Besa President Bilal Kasami and DPA President Menduh Thaci.

Zaev: I believe that we will jointly build a position on postponing the elections

SDSM leader Zoran Zaev at today’s press conference stated that they will request from President Pendarovski a leaders’ meeting, so as to announce the positions of the parties in regards to the elections due to the newly developed situation with the coronavirus.

“The risk of holding the elections makes the situation more unpleasant, with the thought of people going to the polling stations where citizens would be exposed”, stated Zaev.

“According to IRI respondents, Zaev is twice more popular than Mickoski. The drastic difference in the popularity of the leaders of the two biggest political parties somehow goes hand in hand with the stable “course” of the mass support for the EU integration process”, comments Xhabir Deralla.

President of the Republic of North Macedonia announced a leaders’ meeting for tomorrow, where the possibility for postponing the elections will be discussed

In the meanwhile, the deadlines are running – the State Election Commission tomorrow the latest is to conform the candidate lists of the coalitions and political parties for participating in the elections on April 12.

A total of 15 coalitions and political parties have submitted candidate lists to the SEC, and so far only the list of the party “Voice for Macedonia” for five constituencies has been confirmed.

Following the latest changes to the Electoral Code, the procedure now lasts longer because of the checking of candidates. The certificates of non-conviction and other data are checked through the courts by the SEC, and the courts have 24 hours to reply electronically, and then to submit the documents to the Commission by mail. There is also a deadline for removing irregularities in the lists.

Leaders of several political parties, among which SDSM, DUI and VMRO-DPMNR, today supported the idea of postponing the elections.

The Ministry of Health today issued an order for implementing mandatory self-isolation of every citizen of North Macedonia entering the country at a border crossing, coming from a high and medium-risk country, determined by the List of the World Health Organization (WHO).

Primary school and pre-school children as of today have the opportunity to follow educational contents on the three channels of the National Television Service MRT, derived from the curricula according to which they are currently being educated in the schools and kindergartens, which, in the meanwhile, are temporarily closed by a Government decision as part of the measures for protection of the public health due to the risk of coronavirus spread.

The Ministry of Education and Science has published a list of free digital platforms, applications and contents that can be useful for education of young people due to the measures for temporary interruption in the education process in the country.

Applying for candidates for short-term observers at the upcoming parliamentary elections is still ongoing. CIVIL continues reviewing the already received applications, but also with monitoring of the social and political processes in the country, respecting the recommendations and measures of the Government for tackling the coronavirus.

All interested candidates for monitoring the election process can apply online at the following LINK.

CIVIL is reacting sharply and is condemning the continuous attempts of certain political party structures to gain political points at the expense of the public health in the midst of the COVID-19 pandemic.

Unfortunately, attempts for gaining political points do not stop, regardless of how much the self-willed and uncoordinated action may be a threat to the public health.

CIVIL’s monitoring notes that, outside the coordination with relevant institutions at the national and local level, certain structures are appearing with parallel activities.

Artists and activists with “Keep distance”...