Categories
Home Newsroom March 13: Four new cases of coronavirus and a crisis situation in Debar and Centar Zhupa, newness in prisons, a step away from NATO, election chronicle…

DAILY BRIEF March 13: Four new cases of coronavirus and a crisis situation in Debar and Centar Zhupa, newness in prisons, a step away from NATO, election chronicle… 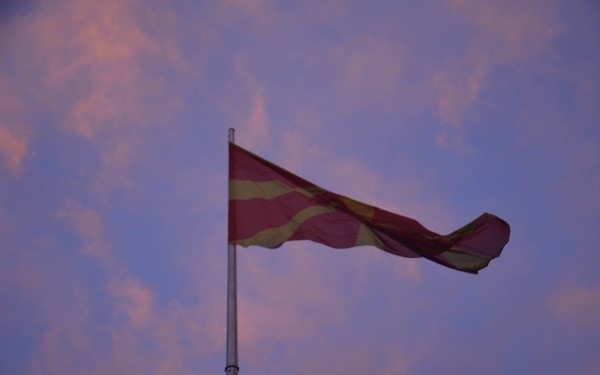 NEWS OF THE DAY: Four new cases of coronavirus in the country, crisis situation declared in Debar and Centar Zhupa

Four people who were in contact with the second group of hospitalized people in Debar have been tested positive for coronavirus, of a total of ten who have been tested, announced Minister of Health Venko Filipce. At the Skopje Airport, in the meanwhile, a Macedonian citizen arriving from Germany had a slightly elevated temperature, informed the Minister. He and the passengers around him have been isolated and there will be additional information on their condition.

President Stevo Pendarovski convened a session of the National Security Council that is to be held on Monday, where Minister of Health and Chief of Army General Staff are to attend, at which the situation with the coronavirus and the available measures will be discussed.

Following today’s decision for declaring a crisis situation in Debar and Centar Zhupa, the Ministry of Justice informed the President of the Judicial Council, Kiril Zdravev, and Public Prosecutor Ljubomir Joveski that the main headquarters, according to the Law on Crisis Management, should issue an action plan within 24 hours. The Judicial Council and the Public Prosecutor’s Office need to take the plan into consideration when making decisions related to the work of the courts and prosecutor’s offices that operate on the territories that have been declared a crisis situation.

STATEMENT OF THE DAY: Pendarovski: Spain will ratify the NATO Accession Protocol on March 17, on the 26th we expect a green light for negotiations with the EU

“Despite the situation in Spain, which is exceptionally bad, as Spain is in the high-risk countries, they have nevertheless scheduled a Parliament session on March 17, part of which will be through a video link and will have only one item on the agenda, and that is the ratification of the NATO Accession Protocol for our country. How great is the solidarity of the Spanish Parliament, the Minister of Gender Equality is infected with the virus, while the Deputy Prime Minister of the Spanish Government is in self-isolation”, said Pendarovski.

INTERVIEW: Stojanovic: Catastrophe is a mild word to describe the situation I encountered in the prisons in 2017

Jovica Stojanovic is Director of the Directorate for Execution of Sanctions at the Ministry of Justice of the Republic of North Macedonia. From the very first contact he leaves the impression of a strict, precise and orderly man, a real professional. He has been in this position for more than two years, and in this short period he has managed to start a series of difficult and complex projects. Following the meeting with Stojanovic, one will wonder where was this man, with all of his ideas and skills, where was he for 11 years during the regime, when the prison system was punishment for all those who were not like-minded. At one point, towards the end of the interview, we even asked him this. He briefly answered: in a drawer.

In the first part of our conversation with Stojanovic, we focus on the changes in the Correctional Facility Idrizovo, making a comparison between the situation he had encountered and the one the Directorate for Execution of Sanctions had managed to do after he was appointed as Director.

Even though seemingly invisible, cyber-attacks have shown to be an excellent mechanism in the run-up to elections.

What are cyber-attacks, how do they affect the work of the media, what commercial, media and political implications do they have and how are they used as a pre-election “weapon”, were part of the questions that CIVIL raised at the panel discussion “Cyber-attacks – a pre-election weapon”, and also the topic of this edition of SCAN – political video magazine.

The police prevented the busses of Nehar Travel from leaving for Montenegro at 3.00 am. The drivers had refused to return, but at the end had agreed to turn back the busses and to follow the police escort, which had acted according to the measures of the Government for protection against the coronavirus.

As of Monday there will be informal education for students and pre-school children on all three channels of the MRTV, derived from the curricula from which they are currently being educated from in schools and kindergartens. All educational institutions are temporarily closed by a government decision, as part of the measures for protection of public health due to the risk of spreading coronavirus.

Photos and a video of laser scanning of the Matka Dam, on which zones are given in different colors, are posted on a website of a private foreign company. The company that has developed them, “Monitera”, replied that the photos have been made for demonstrating their surveillance system, in which damages are simulated, but “fortunately, the real measurements do not show damages”.

“On Monday I returned from Spain, and on Wednesday Spain was declared a high-risk country. Yesterday I was at a council meeting, and today I am not at work because I am at a funeral, my father’s brother died”, stated the Director of AAVMS, Zoran Trajcevski, after photos appeared on Facebook that show his presence in Spain, posted on March 9.

SDSM President Zoran Zaev today met with the Ambassador of the R. Greece in our country, Dimitris Yannakakis, where it was concluded that the Prespa Agreement was key in building good-neighbourly relations of the countries and in moving North Macedonia towards NATO and the EU.

The Democratic Party of the Albanians yesterday night held an election convention in the “Kiril Pejcinovic” high school in Tetovo. Despite the ban of the Ministry of Health for mass gatherings and today’s adjustments about the further course of the pre-election activities of the parties at the leaders’ meeting, DPA did not cancel its convention.

At today’s press conference, responding to a journalist question, President Stevo Pendarovski said that the elections could be postponed should there be a need.

“My estimation is that elections with a reduced campaign can be realized, but I do have concern about the election day itself… If the elections are postponed for a month or two, it will not be the end of the world, the health of the citizens is most important. One million citizens vote in our country, we have 3.000 polling stations, 5 members and 5 deputies in the Election Boards. On election day we have a giant operation in transferring the election material, and after that at the end it is handed over for counting”, stated Pendarovski.

CIVIL is postponing the “Civic Lenses” seminar, in accordance to the government preventive measures against coronavirus. Previously, the very popular seminar that is being held for five years now, was scheduled for March 21 (Saturday) in Skopje, Hotel Continental.

The call is open for all interested citizens at the national level.

CIVIL informs that the call for short-term observers is ongoing. All interested citizens can apply at the following LINK.

SCAN – political magazine: How to tackle...

Artists and activists with “Keep distance”...