It’s a long night for the ex-Minister of Interior Gordana Jankuloska, ex-Minister of Transport and Communications Mile Janakieski and Secretary of the Government Kiril Bozinovski, who are among the high government and ruling party officials charged with serious criminal charges by the Special Prosecutor’s office, as announced at the press conference today. 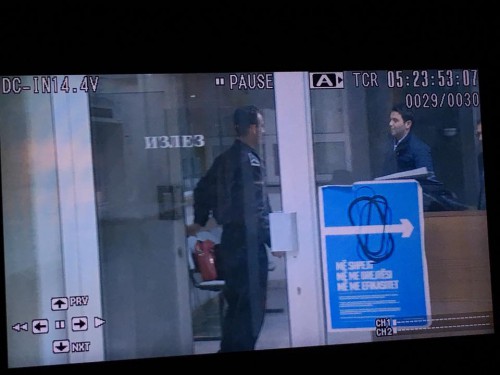 The two ministers, as well as the rest of the nine suspects were questioned at the Criminal Court in Skopje tonight. Edmond Temelko, mayor of Pustec, Albania, is already arrested, earlier today.

The questioning lasted long into the night. The Special Public Prosecutor (SPP) requested detention for all nine suspects. The judge who conducted the preliminary hearing will take several hours to take a decision on the Special Prosecutor’s request.

As announced by Special Prosecutor’s office earlier on February 12, several high officials are under charged with crimes committed against elections and voting. “Legitimacy obtained by such elections marks the beginning of the criminalization of the entire institutional system” – said SPP. Among other acts, a part of the electoral theft and operations involve the Ministry of Interior which issued 15,000 false personal identification numbers, 35,000 false IDs and 60,000 new Macedonian citizenships.

Video of Ordanoski: Exit from the despotism in...

Bishop Agatangel inspired by the government