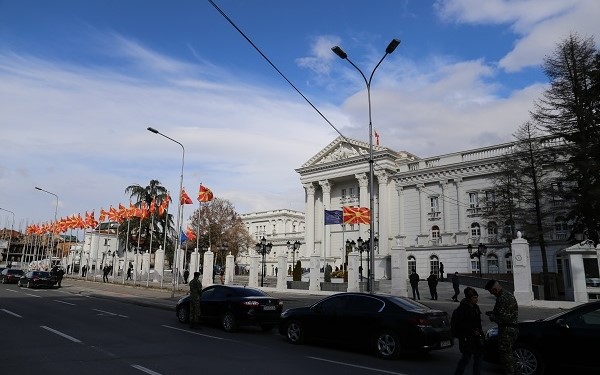 Following yesterday’s proposal of Prime Minister Zoran Zaev for a change of ministers and introducing an additional Ministry of Political System, the public was probably most surprised by the change in the Ministry of Finance, where Dragan Tevdovski will be replaced by the Prime Minister himself, while the former minister would be there as his advisor.

Branimir Jovanovic, former advisor to the Minister of Finance Dragan Tevdovski, reacted to this decision with sharp criticism towards the Prime Minister. Jovanovic considers that his removal is unjust in a situation when the popular “broom” action has not included those who worked for their own interest or did nothing.

In regards to the new Minister of Finance and current Prime Minister, in his CV it says that he grew up in a modest, agricultural and traditional family and that from early age he and his brother were involved in the family agricultural business, as the only source of income.

There was also criticism about the change of the Minister of Environment and Physical Planning, Sadula Duraku, who now will be Minister of Political System. There were many comments on the social media on his account, especially regarding his CV, which is supposed to speak about his experience to run the newly formed ministry. According to Duraku’s CV, he especially expresses qualities in Internet Explorer and Microsoft Office, and also possesses solid management skills, communicativeness, ability to work in groups and work under stress.

Naser Nuredini, who is nominated by DUI for the new Minister of Environment, but not a member of the party, is an advisor for diversification of investments and development of projects in the company “GEGG Advisory de Nuredini” from Vienna, Austria. He also has working experience in London as an investment banker in “ING” and “UniCredit”.

The session for electing the new ministers is scheduled for Wednesday.

“My intention and personal wish is to return to my academic career, because the revolution we initiated has begun to eat our own children…Unfortunately, my expectations that through political involvement in the past six years I would influence in the direction of improving the situation in society, especially in education, and my unselfish work for that purpose, were not realized. It seems that although declaratively everyone is saying that we are committed to keeping the young people in the country, without a real reform and more quality education, as well as opportunity for greater prosperity of the youth, this will not happen”, wrote Atanasov on his Facebook profile.

Minister of Foreign Affairs, Nikola Dimitrov, at a panel discussion in Stockholm dedicated to the development in the countries of the Western Balkans with a focus on their EU perspectives, stated that we have received the tenth recommendation to start the negotiations, and that if we are to wait for the 11th recommendation of the EC next year, he would be too embarrassed to talk about the European perspectives of the country before the citizens of the Republic of North Macedonia

He added that the most important struggle of his generation is to create conditions for the next generation not to leave the country, to remain here and to fight for a better European country.

At the conference “The Road Ahead? Public administration reform after the European Council meeting in June”, which was held today in Skopje, the Minister of Information Society and Administration, Damjan Mancevski, stated that big steps are being made in taking care of the chaos that has been created for decades in the institutions, as well as complete depolitization of the public sector through the Law on High-Level Management Services. Mancevski, also said that the Ministry is working on the implementation of the Law on General Administrative Procedure, whereas the new Law on Inspection Supervision, already adopted in Parliament, will be applied by the end of the year.

The Council of Media Ethics and the Association of Journalists of Macedonia made an appeal to the media not to allow themselves to be abused, and to serve as a means for calling for unification of individuals and groups of radical behaviour and acts that endanger the public order and peace in society while reporting on the Pride Parade on June 29 that will be held in Skopje.

The Council of Media Ethics and the Association of Journalists of Macedonia urge for all registered cases of violation of professional standards in the media reporting to be reported by filling out a form to the Complaints Commission and by filling out Form for complaints that can be found on the website of the AJM.

CIVIL is organizing an outdoor multimedia event and panel discussion on the topic “The citizens for the country or the country for the citizens?!” on Tuesday, June 25, in the Mobile Gallery of the Center of Contemporary Arts, City Park, starting at 8.00 pm. Projections of videos and presentations on (non)transparency and (non)responsibility in the political processes, the rule of law, human rights, media and citizen participation will be held from 7.00 – 8.00 pm.

The panel discussion of the same topics, at which Prof. Mirjana Najcevska, Prof. Jasna Bacovska and activist Merita Maksuti from Eco Guerrilla will be speaking, will start at 9.00 pm.

CIVIL is also reminding that an online petition for cancelling the privileges of officials is still running, which CIVIL and the Working citizen group started for the implementation of the Initiative #EndProfligacy. The initiative, among else, demands cancelling the privileges of officials at the local and state level, including heads of state agencies and other institutions. More specifically, the Initiative refers to officials, appointed or elected, at the local and state level. CIVIL initiated the Initiative #EndProfligacy that demands all privileges to be cancelled, that is, reduced to a level that is acceptable for a poor country that declares itself as a welfare state, according to the Constitution. The petition is active for five days now and can be signed HERE.