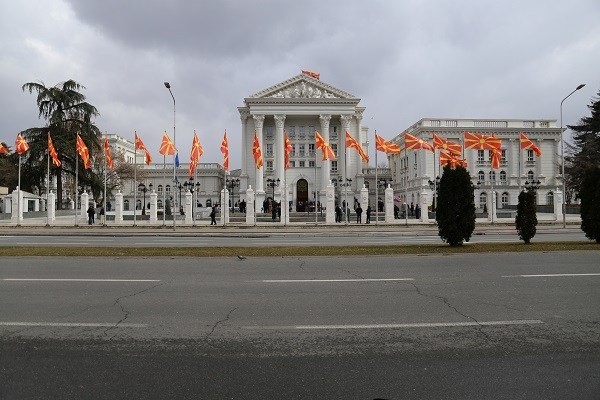 List of new ministers will be published on Friday

On Friday it will be known which ministries will receive new ministers and which ministers will be left without functions, when it is expected for Prime Minister Zoran Zaev to officially submit the list of ministers to the Parliament.

Among the names circulating in the public is Goran Milevski from the Liberal Democratic Party.

Unofficially, Prime Minister Zaev proposed for the Liberal Democratic Party to choose between culture and local self-government. However, in the party they had been more inclined towards local self-government, where Suhejl Fazliu from the party of Vesel Memedi is still in charge. It is ever more certain that Zoran Sapuric from the Liberal Democratic Party, who manages the ministry without portfolio, will be leaving the function to cadre from Memedi’s party. With the appointment of Milevski as a new minister, his MP seat in Parliament will be replaced by a SDSM MP.

What is certain is that culture, agriculture and political system are three ministries that will certainly receive new ministers. According to information from DUI, current Environment Minister Sadula Duraku will be heading the newly-formed Ministry of Political System, while his position in the Ministry of Environment and Physical Planning will be filled by Naser Nuredini, son of businessman Aki Nuredini.

At the beginning of next week, there will probably be a parliamentary session where the MPs will vote for the new government composition.

SDSM is not revealing details, except that the Prime Minister will announce the changes among the senior officials by Friday, and at the same time also the new directors of the state institutions.

In the meanwhile, SDSM is announcing changes within the party. They promise that in the future period there will be monitoring of the work of the SDSM officials. They claim that they will demand responsibility if they do not fulfil the expected results of the party program.

Judgement for April 27 events submitted to the defendants and lawyers

Judge Dobrila Kacarska has submitted the judgement for the perpetrators of the attacks on the bloody April 27th, which is written on 1.055 pages, to the defendants and lawyers.

Now the defence has a deadline of 15 days to write an appeal for the 211 years’ prison sentence for 16 defendants for the bloody April 27th.

The Criminal Court was to submit the judgement in writing in 60 days, but didn’t meet the deadline because of the size of the case and the number of accused. The lawyers have already started preparing complaints to the Court of Appeals. The former Director of the Public Security Bureau, Mitko Cavko, received the highest prison sentence of 18 years, while the member of the parliamentary security service, Abdulfeta Alimi, received the lowest prison sentence of seven years.

After three months, still no agreement on the SPO

For three months now, the government and the opposition cannot agree on the adoption of the law on the Special Prosecutor’s Office, which is to determine the fate of the SPO. The last official meeting between the negotiators was held five weeks ago, after which talks stopped. Both sides say that meetings are not scheduled because they were not productive.

The adoption of the law is ever more uncertain, having in consideration that the Parliament is dismissed at the beginning of August due to summer holidays.

Minister of Justice, Renata Deskoska, yesterday said that she expects support for the already prepared legal solution not only from the ruling parties, but also from the opposition.

The mandate of Special Prosecutor Janeva ends on September 15. From the institution where she is in charge, they admit that the uncertainty regarding the future of the SPO creates difficulties for them, and because of these reasons they are not initiating new charges. Prosecutor Fatime Fetai yesterday on a television show sent a message to the government and the opposition not to even think of passing a law that would have the purpose of pardoning criminal acts.

Criticism and appeals for a new mandate of the SPO several days ago were also sent by the Chief of the OSCE mission in our country. Remarks were sent in the direction of the duration of the procedures, and that part of the cases of the SPO are packed with evidence and witnesses.

CIVIL online petition for cancelling the privileges of officials

CIVIL formed a citizen working group for the implementation of the Initiative #EndProfligacy on June 5, 2019, when the debate with the same title was also held. The first step of CIVIL and of the Working Group is an online petition with demands for cancelling of the privileges:

The Initiative for cancelling the privileges – #EndProfligacy demands:

Cancelling of appanages at any level for any position.

Cancelling of life-long pensions for former presidents, up to the moment they fulfil conditions for retirement, according to the incomes they had during their work service.

Cancelling of money and other compensations for all managing boards, that is, the position in these and similar bodies should be honorary, and not a paid one.

Cancelling or merging of state agencies, with a reduction in the number of employees. We demand cancelling of all privileges related to the use of official vehicles, representations, security for officials and other overly expensive privileges.

Drastic reduction of travel costs of officials, more specifically, providing funds in the amount of the price of public transportation.

Establishing a practice of banning procurement of medium and high class official vehicles.

Significant reduction of the excessive salaries of elected and appointed officials.

Reduction in the number of MPs in the Parliament of the RNM from 120 to 80 MPs.

Reduction in the number of ministers in the Government to a maximum of 10, and cancelling the position Minister without portfolio.

Public disclosure of salary and salary supplements of all officials and managerial staff in institutions and public enterprises at the local and national level.

Introduction of regulations and practices for the privileges, similar to the ones in the Kingdom of Sweden or the Federal Republic of Germany, and even with greater restrictions.

CIVIL online petition for cancelling the...