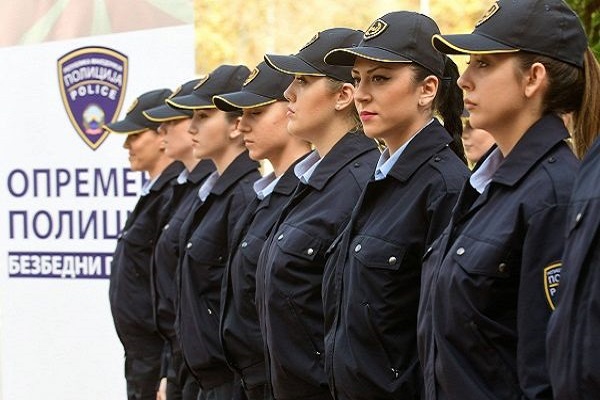 CIVIL congratulates May 7, Police Day, to all members of the Ministry of Interior and expresses appreciation and gratitude for their efforts in the extremely difficult period for all citizens.

In a period of state of emergency for preventing the spread of the coronavirus, the greater part of the police showed high level of professionalism and human courage. At the same time, the regular activities for maintaining public order and peace and the actions of the Public Security Bureau in the fight against crime also need to be acknowledged.

CIVIL has signed a Memorandum of Cooperation and Partnership with the MOI in several areas, among which are respect for human rights and freedoms, peaceful and lawful electoral processes, preventing extremism and radicalism and fight against the cult of weapons and abuse of illegal weapons.

As a human rights and freedoms organization, CIVIL monitors the work of the MOI with special attention, and in the past period has noted that there are certain deviations from the professional standards in the actions of the police in the communication with the citizens.

A great challenge for the MOI is also the political situation in which certain political structures and individuals are trying to abuse their position and thus are making the work of the police more difficult.

Attempts of certain structures to abuse the police for political goals can be noticed, but with this they only manage to remind the public of the dark days of the police state, captured by the state.

Despite all this, the police are now a professional service oriented towards the protection, safety and security of citizens, unlike in the previous period when the police were a tool in the hands of the authoritarian regime.

Despite all challenges and weaknesses, the police manage to perform their basic function in the service of the public interest and national security.