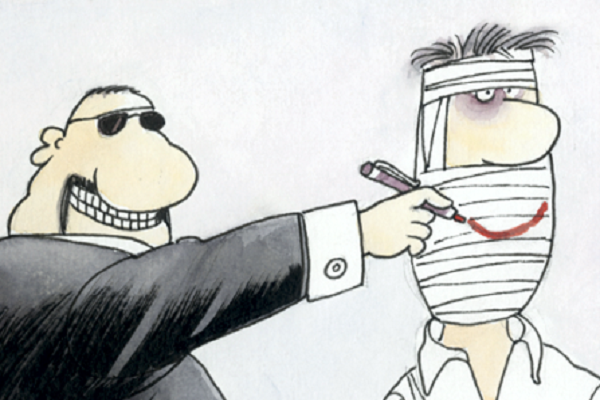 CIVIL – Center for Freedom and CIVIL Media, as loud advocates of freedom of expression and media freedom, on World Press Freedom Day, once again raise their voice in protection of freedom of information. CIVIL reminds all institutions and the society overall that they must work together for this freedom not to be endangered anymore.

As a human rights organization, CIVIL is always on the side of journalists and calls on them to continue the communication with the organization, and to report any attempt of pressure against them. Media workers must not be hindered in doing their job! They must not be a subject of verbal and physical attacks and threats!

This year, on World Press Freedom Day, May 3, North Macedonia notes a significant drop in the number of attacks against journalists, but unfortunately, the attacks and obstructions in the work of journalists and media workers is still a reality. A most recent example is the attack on the television crew of TV 21 by relatives of the Mayor of Aracinovo, Milikije Halimi, while they were recording a story about the problems of the citizens in the municipality. On the day of the voting in the first round of the presidential elections, CIVIL noted five cases of obstructions to the work of the media teams by the very election administration!

CIVIL demands urgent implementation of the reforms in the public service (Macedonia Radio Television), amendments to the Law for Civil Liability for Insult and Defamation, the Law on Free Access to Public Information and to the Electoral Code.

CIVIL demands from the institutions to put an end to impunity for violations of media freedom and the rights of media workers. The impunity for violation of the rights of journalists and media workers creates fertile land for those who want to stand in the way of the truth and who will do anything to hinder their work. The state is the one that has to provide conditions for professional and unbiased work of the media.

Republic of North Macedonia rose 14 places in the latest World Press Freedom Index according to Reporters with Borders and is currently ranked 95th from a total of 180 countries worldwide. However, this progress does not mean that the Government, the judicial bodies and the media should stop here. The ranking is far from satisfactory.

An environment has to be created that will be favourable for the work of journalists, that is, for all media workers.

The long-lasting sowing of fear, involvement in criminal deals, threats for dismissals of journalists, false news produced and published by the biggest media houses in service of the authoritarian regime, manipulations with the public and hate speech all point to the inevitability for returning critical journalism at once.

CIVIL calls on journalists and the media to unite in their joint efforts and in the fight for media freedom, and to contribute towards creating a democratic society where journalism will be an example for respect and protection of human rights and freedoms.

CIVIL: April 27 not to be forgotten and never to...

CIVIL demands maximum respect for the right to...