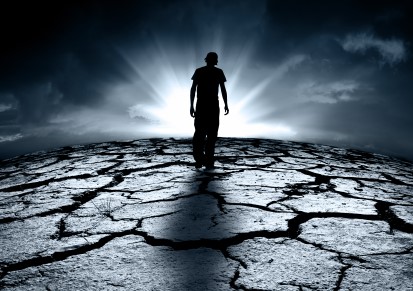 Just two days before the start of the election silence, wiretapped telephone conversations have been published of officials from the government and figures considered close to the government, but also of figures from the opposition like former Minister of Interior, Gordana Jankulovska, on the Russian social network VKontakte from an anonymous profile, named as Ilija Gromovnik.

A scandal is on the horizon related to the wiretapped conversations that are part of the long negotiations between the government and the opposition. Namely, in this period the attempt was prevalent of the opposition, through negotiations with the government, to manipulate the role and competencies of the SPO, and to marginalize the wiretapped conversations as evidence in the court proceedings against former senior government officials, including also former Prime Minister Gruevski. Now, the government is now negotiating with the party that organized the mass wiretapping and was carrying out a criminal government, about the fate of the SPO that is persecuting precisely them.

In a time when the SPO and the justice that is being expected from its work are concerned, the publication of these wiretapped conversations through a Russian social network, first shared by the radicals of the Third policy, is a scandal and an ironic reminder that those who caused one political crisis cannot be part of the solution for that crisis.

Mogherini: It will be a major strategic mistake of the EU if it does not make a decision to start accession negotiations with Macedonia

The Head of the European Union for Foreign Policy and Security, Federica Mogherini, expects North Macedonia and Albania to start the negotiations for membership in the Union in June.

In the address before the Committee on Foreign Affairs of the European Parliament, Mogherini pointed out that it would be a major strategic mistake and an example of the EU’s “short-sightedness” if it does not make a decision to start the accession talks with Skopje and Tirana in June.

EU’s enlargement policy, according to her, is one of the success stories during her five-year mandate and the mandate of the current composition of the European Parliament.

According to the World Press Freedom Index of Reporters Without Borders, Republic of North Macedonia is ranked 95th again in 2019, the same position as in 2018.

In 2017 the country ranked 111th, and compared to previous years, according to the index, this is the best ranking since 2012 when we had ranked 94th.

CIVIL: Freedom of reporting must not be endangered!

CIVIL – Center for Freedom expresses its repulsion and strongly condemns the attack on the media crew of Television 21, by close relatives of the Mayor of Aracinovo, Milikije Halimi, while they had been recording in the municipality.

The fact that this primitive and violent behaviour comes from structures close to political figures is extremely unacceptable. Therefore, CIVIL welcomes the condemnation by Mayor Halimi and calls on the mayor to take all the measures in the context of resolving this unacceptable act of violence as soon as possible.

CIVIL demands for the Ministry of Interior and the Public Prosecutor’s Office to immediately carry out an efficient investigation and for the perpetrators to be strictly sanctioned!

The distribution of election material has started

This morning the process of taking over and distributing the voting material started, which was prepared by the Bitola printing house “Kiro Dandaro”.

The State Election Commission took over the confidential material, the ballots and other materials needed for the upcoming presidential elections, as well as for the extraordinary elections for mayors in the municipalities of Ohrid, Debar and Novo Selo.

The President of the State Election Commission, Oliver Derkoski, at a press conference in Bitola denied the false news about the look of the ballot, published on the social media.

Constitutional changes are possible for the election of the State President

Minister of Justice, Renata Deskoska, does not exclude the possibility for constitutional changes in the part on the census for election of the President of the state, in case the necessary voter turnout is not achieved at the upcoming presidential elections.

“Changing the Constitution with the purpose to facilitate the process of electing a president is something that has already been recommended by the OSCE/ODIHR. There are two options, one is for the president to be elected in direct elections without a necessary majority of voter turnout in the second round. This means that the one who acquires more votes wins and here you do not have the possibility to sabotage elections by boycotting. The other option is electing a president in Parliament. These are two different options that are possible and that exist in comparative law”, stated Deskoska.

Hristijan Mickoski, the leader of VMRO-DPMNE in whose name Siljanovska Davkova is campaigning, just so that it is not forgotten and in order not to have a rally without the compulsory obsession with Zoran Zaev and SDSM, told about his biggest wish: “The day will come when again we will come out and talk about the truth, and that is that Zoran Zaev and SDSM will be history after these presidential elections, which will never happen again” – is said in today’s election chronicle of CIVIL, The end is nearing… election campaign, day 17.

CIVIL: Freedom of reporting must not be...