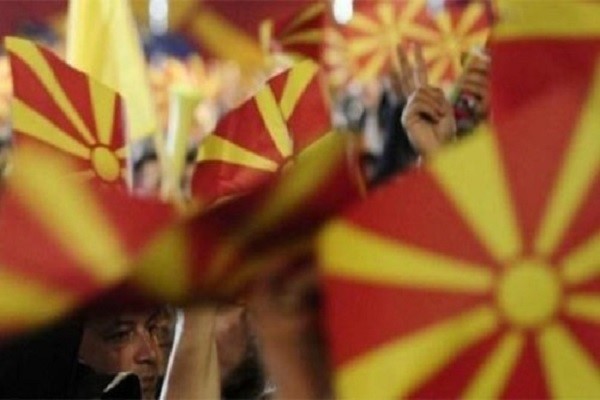 The Criminal Court has terminated the house arrest of the former Minister of Transport and Communications, Mile Janakieski, for the “Titanic” case, which refers to electoral irregularities. Janakieski remains with house arrest for the “April 27” events, for which he is suspected.

The Criminal Council of the Skopje unit, upon the request of the Prosecutor’s Office for Prosecuting Organized Crime and Corruption, has continued the 30-day detention of Toni Jakimovski – former chief of cabinet of the former director of UBK, Saso Mijalkov, who is suspected of embezzling money in the secret police.

Jakimovski is suspected with two more persons, employed in the Administration for Security and Counter-Intelligence, who also received new 30 days of detention. The court also determined one measure.

Non-institutional staff for the negotiations with the European Union

The Ministry of Information Society and Administration, in cooperation with other departments, is seeking ways to attract staff both from the public sector and outside of the institutions in order to involve them in the process of the EU negotiations.

Together with the Ministry of Labor and Social Policy, the Secretariat for European Affairs and the Ministry of Finance, we are working on a proposal that will provide a way, we hope, to attract people also from other institutions within the framework of the public sector, and also for people outside the institutions to be involved in the process of negotiations”, stated Minister Damjan Manchevski.

The Minister said that there will be work in several fields in order to attract people to join the negotiations.

“There will be work in several fields, through which we will try to attract people from the outside and from the institutions, because we have capacities in the institutions that we need to find and channel in the right place. Of course, the dynamics will be according to how the opening of the chapters will run. In the sectors that are first on the agenda and in which the situation is not so bad, but the other sectors that will open follow immediately after, and we have to work fast”, added Mancevski.

The Law on the Public Prosecutor’s Office at a standstill

The Ministry of Justice this past weekend again received materials on the Draft Law on the Public Prosecutor’s Office from the working group of VMRO-DPMNE.

From the Ministry of Justice, they say that the key differences remain further more, and that the materials were not in accordance to the European recommendations for opening the negotiations.

The Law on the Public Prosecutor’s Office, which is supposed to solve the status of the SPO, is one of the conditions for receiving a date for negotiations for joining the EU. A two-thirds majority is necessary for it to be adopted.

Following yesterday’s demand from VMRO-DPMNE for resignation of the Minister of Justice, Renata Deskoska, who they claim has used an official vehicle to visit a rally, the Ministry of Justice has come out with a denial. As they say, it is a matter of false news that has been initially announced by the media.

“Some of the media reported false news that the Minister of Justice, Renata Deskoska, PhD, used the official vehicle to go to the gathering for supporting presidential candidate Stevo Pendarovski.

Such published contents are manipulative and not true, we deny them and demand primarily the withdrawal of such news, and then a public apology by those who shared the news without checking the facts”, is said in the statement.

DUI, DPA and Alternative are running a party, rather than a presidential election campaign

CIVIL’s election monitoring notes that DUI is running a political campaign without mentioning the name, and is also not providing for the presence of presidential candidate Stevo Pendarovski. The expression “Consensus president” is everywhere on their propaganda material. But for DUI only the name of the candidate is missing, the other Albanian parties do not have a single element of the presidential campaign or the candidate they support.

DPA and Alternative of Afrim Gashi, which emerged from the separation of the Besa party, are running a campaign exclusively with party symbols and requisites that resemble a party campaign and leave the impression that they are in parliamentary elections. Even the last rallies of the party of Menduh Thaci and those of the party of Afrim Gashi, have in the background only the party name, party symbol and party slogans. In their meetings with citizens, although they talk about the presidential elections and justify the support for Stevo Pendarovski, his name is not mentioned, nor is the ordinal number that should be circled in the ballot.

The State Election Commission published the final list of domestic and foreign observers that on April 21 and May 5 will be closely monitoring the voting and the possibilities for any election irregularities.

The total number of engaged persons who will be monitoring the election process is 3802, of which 3094 domestic observers, 419 international observers and 289 interpreters.

“Even though just six more days are remaining until the first round of elections, of which the candidates can use four more days to effectively present themselves before the citizens, it seems that there is no hope that the content and the rhetoric with which the campaigns are being led will change at the last minute.

The conclusions of the opposition about the terrible situation in which the country is in, the pink goggles of the government, the accusations, and even apologies, spiced with comical performances of the candidates in shows of entertainment character, with the purpose to get closer to the voters in a more intimate way, have made a parody of the presidential campaign. As if an election of a court jester was ahead of us, and not of a state president.

Neither the debate on television, which had a bit more of a serious atmosphere, gave hope that the candidates are equally aware of the race in which they have engaged in. Siljanovska is yet to pay attention to the other ethnic communities. Reka will be guided by the principle of a multi-ethnic state, whereas Pendarovski is considered the only legitimate representative who has the support of all the ethnic communities. It is tragic that precisely with the insisting of multiethnicity in their speeches, the candidates are ever more stressing the apparent segregation in society”, is said in today’s electoral chronicle  “Lost in translation”.

Strangers in the night, elections, abolitions,...

SEC to hand over Voters Register tomorrow the...