Categories
Home Free Thinking Ali Ahmeti’s party has shown that it favors VMRO not only in the Parliament, but in many other cases

OPINION Ali Ahmeti’s party has shown that it favors VMRO not only in the Parliament, but in many other cases 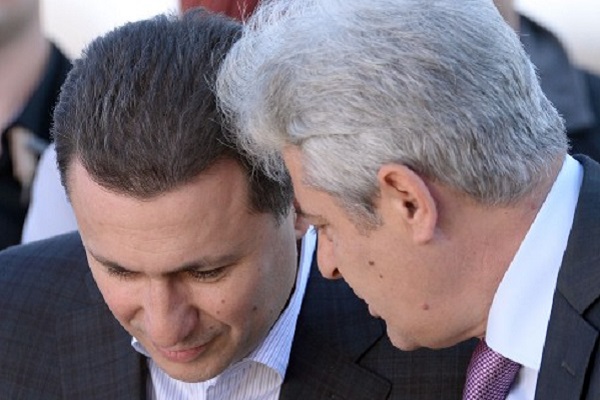 The Union for Democratic Integration (UDI) has shown that it favours VMRO not only at the Parliament but also during many other earlier occasions.

To achieve this, VMRO uses its secret recordings of tapped conversations. Yesterday, the daily Sloboden Pecat published that during the Przhino negotiations, VMRO had played Ali Ahmeti tapped audio records, which consequently pressured him into certain acts.

Earlier, the mediator Peter Vanhutte confirmed the same in the weekly FORUM. Talat Xhaferi has been obstructing justice several times by protecting VMRO MPs, including by saving Trajko Veljanovski from pretrial detention. We hope that one day we will understand the reason why the most senior MP, Branko Manojloski was not allowed to convene the constitutive session of the Parliament.

The ultimate aim of the obstruction was made clear by the course of subsequent events in the lead-up to the evening of 27 April 2017. It is difficult to expect that those events will disappear like the “morning frost” because the whole world could see in the evening of 27 April who were those who mounted barbaric attacks, who were the victims, who were spared from attacks, and who and why were hiding.

No doubt that Mijalkovski’s “bombs” are posing a much greater threat to UDI than those in possession of Zaev and El Ceka.