Categories
Home Elections 2014 Weekly analysis: Macedonia a step away from a new government?

Weekly analysis: Macedonia a step away from a new government?

The political situation in Republic of Macedonia since its independence has never been more complex! After the speaker of the old parliamentary composition, Trajko Veljanovski, decided to convene the session, tomorrow a coordination of the MPs whose mandates have been verified will be held with the purpose of – continuation of the constitutive session. At the same time, EU Commissioner Johannes Hahn is expected to ease the tense atmosphere and facilitate the process of constituting the new Assembly. According to announcements from Brussels, Hahn will meet with the leaders of the parliamentary parties, while the MPs are electing the new speaker, after a Committee on Elections and Appointments has also been previously formed.

However, tension is rising as VMRO-DPMNE and its leader Nikola Gruevski are openly calling for mass protests. The civil initiative “For a Joint Macedonia”, close to VMRO-DPMNE, has requested a meeting with EU Commissioner Hahn. According to his spokesperson, the EU Commissioner’s limited time in Macedonia is reserved for meetings only with the leaders of the relevant political parties.

The international community, through diplomats, is sending clear messages that it expects for a new government to be formed, which will return Macedonia to the Euro-Atlantic agenda, will deal with the crime and will implement the necessary reform processes that will open a new page, following the dreadful erosion of the Macedonian democracy in this last decade and longer.

VMRO-DPMNE is sending clear messages – from a position of opposition

SDSM is categorical that tomorrow a coordination will be held in Parliament without any blockages, and that finally the institutions will start to function, for beginning the process of a peaceful transition of power. They are calling on VMRO-DPMNE and its leader Gruevski to withdraw from the violent rhetoric that spreads discontent and divisions among citizens about non-existent topics, to accept reality, which nevertheless “most citizens of Macedonia expect – a new reform government”. SDSM announced and promised that “the program of the new reform government is the only document that is in the interest of all citizens of Macedonia and guarantees the unity of the sate”.

VMRO-DPMNE, on the other hand, is “preparing a document for overcoming the political crisis, which it will submit to all parties and one that will not favor any ethnic community”. Without revealing details, this was said by party leader Gruevski in an interview on one of the national TV stations close to VMRO-DPMNE. He said that “the state is in danger and that only the people can defend it”. According to him, “currently the biggest threat for Macedonia is Zoran Zaev and his acceptance of the blackmail to implement the so-called Tirana Platform”. Calling on the formation of a minority government, VMRO-DPMNE announced its readiness to vote on the programs of SDSM, which speaks of the fact that VMRO-DPMNE is already acting from a position of opposition. 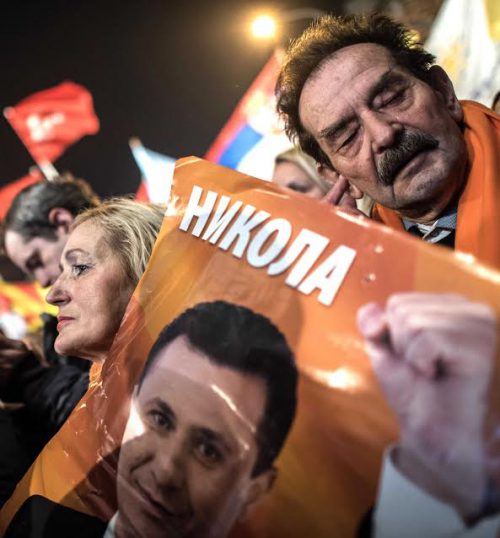 Macedonia in a crisis, the President on a tour

In times when Macedonia and its citizens are facing the greatest political crisis, the President of the state, Gjorge Ivanov, unconstitutionally, according to many experts, refused to give the mandate to the new parliamentary majority and has now started a diplomatic tour. He visited Azerbaijan and today is in Hungary, but still, decided to cancel his visit to the Macedonian diaspora in Australia, due to the situation in the country.

He remains on the position that new elections can resolve the political crisis. This position is an open support of the post-election political move of VMRO-DPMNE, in the attempt to still remain in power. Hahn’s arrival, in fact, is in the direction of softening Ivanov’s rigid position, who according to constitutional experts is part of the tools of the policies of VMRO-DPMNE in the process of deepening the political crisis and creating a climate in which this party will win the elections again, which will pardon the party clique that has been ruling Macedonia for 10 years from any responsibility. 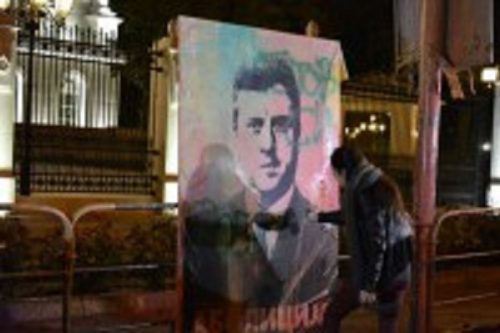 The “black campaign” against all opponents of the policies of VMRO-DPMNE continues. The country is flooded with obituaries with pictures of SDSM MPs, who are called traitors, members of this party, experts and public figures with pro-democracy views are visited at their homes, public condemnations are being made, graffiti and messages with offensive content are being addressed.

The protests of the civil initiative, close to VMRO-DPMNE, “For a Joint Macedonia” continue. The most massive protest until now has been announced for tomorrow, with the presence of citizens, members and supporters of VMRO-DPMNE from all over Macedonia, in front of the Parliament, ahead of the visit by the European four: Hahn, Vajgl, Kukan and Fleckenstain and the announced coordination for the continuation of the constitutive parliamentary session.

In the meanwhile, the MOI issued an international warrant for Sead Kocan, a well-known Macedonian businessman, owner of “Transmet” and TV Nova (close to VMRO-DPMNE), suspect in the case “Trust”. The Special Prosecutor’s Office accuses Kocan that he and two other people had formed a consortium, who by participating in a tender with forged documents, won the tender from the state owned company ELEM worth 17 million euros.

On the margins of the political drama that has burdened the citizens, negative economic balances have been recorded. There is a rise in the number of firms with several employees that are going bankrupt, due to the unfavorable economic climate. There is also growing insecurity among citizens, along with the agony of fearing a war, but also fear for the survival of the country within its existing borders. High school students and children are also being involved in the political games. The competent authorities are not reacting! Pro-government media are creating spins in that with the formation of a new government between SDSM and the parties of the Albanian bloc, the sovereignty and integrity of Macedonia will be completely undermined.

Sela: Debate in institutions rather than on...

Start of the working week – meetings of top political representatives, Pride Parade to be held in Skopje, CIVIL activities

There’s no reason for the voters to do the work of the institutions!