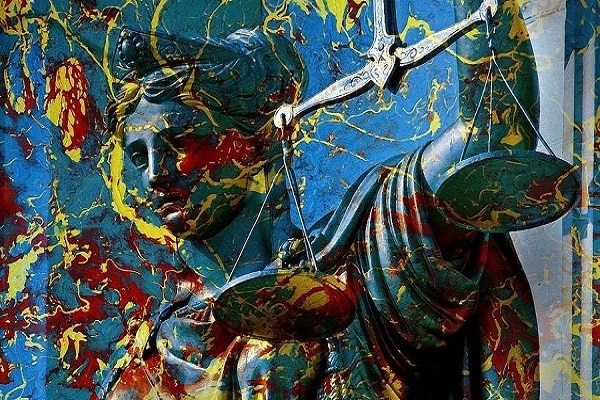 Last days of this parliamentary composition. Days to be remembered both for the good and bad. We will remember these days as crucial in terms of whether this parliamentary composition will be marked by the bloody April 27th, or the important statesmanlike decisions, even if they are with many tragicomic suspicious situations and conditions. Once again we are on the threshold between the European future and the dark captivity of the past.

A time for final decisions, but also a time for complete disclosure. The Law on the Public Prosecutor’s Office, which VMRO-DPMNE has been obstructing for an entire year, has become a kind of symbol of the persistent struggle to build a legal state, for the long-awaited justice. Even though still not adopted, the Law has become a way of clearly recognizing criminals and those serving them. Those who are obstructing and boycotting it, do have what to lose. It is being supported, or at least they want/have to leave such an impression, by those who want to see North Macedonia in the EU, as a state in which there is a rule of law and justice. If this isn’t so, then it would have been long ago adopted.

A law as a law, if it lacks something, it can be changed in the future, it can be fixed, repaired, altered… Then why so much fuss about the law? For years now, millions of euros have been invested in obstructing justice, an operation in which a large number of centres of power have been involved, from Russia to Italy, via Hungary, Slovenia and other countries in the region.

For years, the foundations of the already destroyed legal order have been attacked, and the negotiations on the law on the public prosecutor’s office are just a final episode of the criminal structures’ fight against the legal state and democracy in general. The criminals could not come to terms with the defeat they suffered with the Colorful Revolution. The Parliament is one of their important strongholds.

All of this has gone too far and deep. And it has become totally clear why and how all the events have been taking place. That is why the time has come for simple and logical answers, based on facts, painfully obvious, to oppose the complicated conspiracies. It has become absolutely clear that a European law on a public prosecutor’s office directly bothers those concerned the most, and they being the criminals. There is(was) an easy way to prove the opposite of this claim – to adopt it, and a long time ago.

There is no need for us to go into recaps and conclusions about who is supporting the rule of law in North Macedonia and why, since everyone knows about things in detail, as opposed to the whole, expensive and sophisticated industry of lies and spins. Just one “small detail” are the last moments of the midnight session that Talat Xhaferi interrupted before it even started, after Ilija Dimovski, they say, had showed him something on the phone.

Just as Mickoski is Gruevski’s unsuccessful executor, so is DUI VMRO-DPMNE’s efficient executor. The midnight drama in the Parliament on February 13, also reminded us of the street game for saving the immunity of Trajko Veljanoski. This also brought back memories of the time of the negotiations for overcoming the crisis in 2015 (the Przino process), when Ali Ahmeti, participant in the negotiations, had been presented with photos on the phone, after which he played, you know for who. It also reminds of 2011, when DUI played an infamous role in keeping Gruevski in power in Parliament. It reminds of the series of infamous moves by Ahmeti’s party in the legislative house that is skilfully abused in order for them to stay in power for 18 years.

Everything comes down to a demanding struggle to buy as much as time as possible, to abuse all democratic institutions to the maximum, and to again install the regime in which structural violence, institutional theft and isolationism rule.

Most important for the criminals of the regime is to discourage the people and instil the idea that they cannot change anything, that they are all the same. This will make the games in Parliament invisible and incomprehensible. Then, everything will be easier for a few, and hell for many. Victory against conscience and consciousness of people is victory of crime.

February 12: Mickoski with the party wants to...