KUMANOVO The politicians are to be blamed for the nationalism 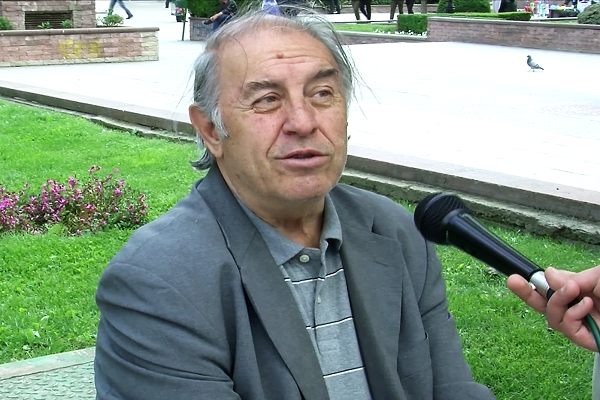 The people in Kumanovo are divided on whether there is nationalism in Kumanovo.

“There isn’t. There shouldn’t be, there isn’t and there never will be. We have to live here, we don’t have another country!”, says a man from Kumanovo, adding that coexistence in Kumanovo is satisfactory.

“We get along somehow, they respect us, we respect them, we don’t interfere in their lives, and that’s that…” says a woman from Kumanovo.

“Some consider themselves as one of ours, other like one of theirs. And so they talk about ours and yours. For me, there are no ours and yours. I have friends from different nationalities, with who I sometimes talk about this and we all have the same opinion, that the politicians did this, and not the citizens”, says another man from Kumanovo. He says that the politicians need to make changes, to talk about commonality and a common life, but they just talk like this in the public, and in the background it is not at all like this.

“There is no nationalism”, “There is, of course there is. There is, not only in Kumanovo, but everywhere! There is coexistence, only when one wants to”… “And you ask…”, are some of the replies of the Kumanovo people.

This survey is part of the series of surveys that CIVIL Media will be carrying out in the next period within the framework of the project “Green Future”, which CIVIL – Center for Freedom is implementing in cooperation with the Heinrich-Böll Foundation in Sarajevo. The goal of this project is to improve the public perception and the importance of the concept of a society that fosters green values, social justice and anti-nationalism.

CIVIL: May 9, the fight continues!

CIVIL demands cancelling of unreasonable and...