BURST The glitter of silver 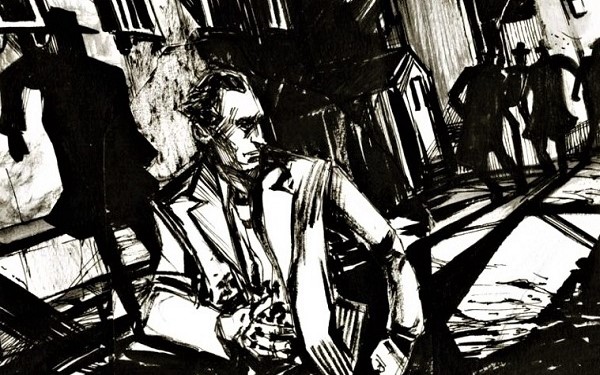 The fall of Katica Janeva in the eyes of the public, doesn’t mean that justice and law are also falling. The arrest of Boki 13, Kiceec and Janeva, doesn’t mean that the SPO is falling, nor its cases, well or poorly led, insufficient or sufficient in number, rather it means that the system is, nevertheless, functioning. If one of the icons of the resistance could have fallen, as was Katica, because she could not resist the glitter of silver, it means that anyone who has committed a crime can fall, and not that the system has deteriorated. No, not yet.

It’s disappointing how everything depends on politics. The laws, even before the system tries to implement them, depend on political negotiations. It’s absurd for the accused in the SPO’s cases to negotiate about their fate. Additionally, with all the money they have stolen, with all the cash they have, they are degrading the system, the institutions from within themselves, they are destroying their reputation, identifying, through the media they control, the people they have managed to buy with the institutions in which they had worked or led. A simple exchange of thesis, even a child can see the scam in this operation!

Yes, it’s absurd for Ilija Dimovski or Hristijan Mickoski and Nikola Gruevski (on Facebook and at secret meetings in Budapest) to be dictating the Macedonian pace of democratization, the adoption of laws, internal integration and progress in the EU and NATO integrations. But even more absurd is for the media, party and NGO trolls on social media to be at the same time prosecutors, lawyers, judges and executioners, and for the system to be paralyzed at the negotiating table where criminals dominate. The ugliest of all images of this society is the one of the public that too easily succumbs to the influence of criminals who are not even trying so hard to give spins and lies an intelligent twist, on the contrary. Therefore… It’s unacceptable for people who until yesterday had been the intellectual sharpness of the society that fought against the regime, now to be so blind to everything that is happening. Or, forgive me, maybe the glitter of silver is too blinding…

If the SPO had been led by a person who at one moment gave way to the glitter of silver, it doesn’t mean that the cases it had led and are still led by the SPO are falling as well. It doesn’t mean that, if the SPO had led cases that are not so great and significant compared to the entire crime of the Family, that everything should be dismissed now and that they should be cleared of the guilt that has been proven or is being proven in this period. On the contrary! Remind yourselves of Al Capone, who was prisoned for tax evasion and received (just) seven years of prison, although history notes that he, among else, is directly at fault for several dozen liquidations and thousands of destroyed families and lives.

The system and society are in a race against time. Unfortunately, time is in favour of the criminals because of the politics and institutions of the system (the Parliament, for example), in which they still have a kind of a majority that goes beyond party and coalition boundaries. It doesn’t mean that, if in political negotiations an agreement is not reached on a law on prosecutors, which will provide quicker and more solid justice, that it’s Zoran Zaev’s fault. It’s inexplicable how the public and its exponents, “brilliant” minds in the expert, media and non-governmental “elite”, didn’t find the strength to pressure also those who are called the political opposition (though another name would be more appropriate), but are instead pouring their poison on those who have only 49 of 120 seats in Parliament.

The criminal clique, which was in power for 11 years, and is still holding ropes, not threads, in the government. Partisanship, nepotism and corruption were raised to the level of the system, relatively speaking, until yesterday. There was no democracy, nor media that was allowed to say that. Now there is a government, or at least part of it, that is manifesting decisiveness to eliminate that, as much as it can, as much as it knows. It’s by far not successful enough in doing so, but in order for it to be successful, it needs more resources than it has at its disposal, this is more than obvious.

The time will come when the price will have to be paid for closing eyes to the obvious. It may be too late then, but before the final defeat that society will suffer from the organized crime, woven in the politics and the system, will be admitted, we will have to open our eyes to what the people have “bought”. Awakening up will be very painful. The great sacrifices that society made, while criminals took the victory over the backs of hypnotized or cheaply bought souls, will become apparent. This is a real possibility.

But fortunately, society and the state still have a chance to defeat the crime and not allow for dictatorship to return in an even more difficult and more violent form than before. But for this to happen, eyes need to be opened to the facts, and closed to the glitter of silver.

PS: In the next episode of this mafia thriller, I will quote several excerpts from laws and international reports. Without nicknames, without detours. If in the meanwhile there is the arrest that is according to one of those quotes, then even better for justice, although the “burst” will be obsolete… But better an obsolete “burst” than an obsolete crime, right?

Ivanovska, SCPC, on transparency and...

CIVIL with field activities for promotion of...