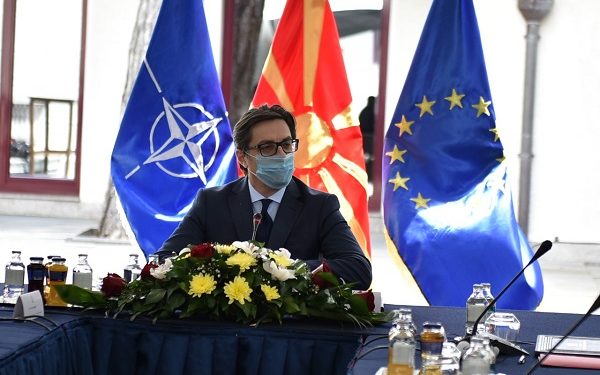 NEWS OF THE DAY: No agreement on elections following the leaders’ meeting

The leaders’ meeting with President Stevo Pendarovski ended without an agreement on the election date. The main obstacle for achieving an agreement are the different views of the biggest Macedonian political parties.

The parties, as is announced, are expected to have mutual discussions in the following days.

VMRO-DPMNE is in favour of holding elections at the end of August or beginning of September, while SDSM is for elections in June. DUI is also for snap elections. The Alliance for Albanians and Alternative are not in favour of elections on June 21.

The leaders’ meeting is attended by party leaders Zoran Zaev of SDSM, Hristijan Mickoski of VMRO-DPMNR, Ali Ahmeti of DUI, Zijadin Sela of the Alliance for Albanians, Afrim Gashi of the Besa Movement, Bilal Kasami and Azem Sadiku, as well as a representative of DPA.

“First I have to comment Mickoski’s statement who apologized for the leaders’ meeting, which was made at his request, and at his request has been postponed. As you have already heard, unfortunately, an agreement was not reached, although all data indicate that conditions have been created. This is even confirmed by the recommendations of the Committee for Infectious Diseases and OSCE/ODIHR. Mickoski’s behaviour is detrimental to the citizens. VMRO-DPMNE want to create a new political crisis. We will not allow this! Citizens need to return to the new normal!” said Zoran Zaev.

He added that he expects for all processes of the institutions, primarily the SEC, to be prepared for the elections.

“At today’s meeting, Mickoski did not say how to convene the Parliament. He did not mention anything about leaving the government, which is technical and formed for elections. That is why in our opinion this is just buying time because of unpreparedness, that is, because of being afraid of the vote”, he said.

“The candidate lists have been approved and accepted by the SEC. The elections have been determined and scheduled, the question is whether there is a desire to participate in them. All conditions have been fulfilled”, explained Zaev.

Today the Institute for Public Health registered 8 recovered patients, 7 from Skopje and 1 from Prilep.

In the past 24 hours, 286 tests have been conducted, 25 new COVID-19 cases have been confirmed in: Skopje-16, Tetovo-4, Struga-1, Veles-2 and Ohrid-2. Of the total number of tests in the last 24 hours, 124 have been carried out within the framework of the screening in kindergartens and they all are negative. So far, a total of 21,722 tests for COVID-19 have been performed in the country.

Today the further course of the restrictive measures will be discussed at a meeting of the main crisis headquarters and their easing and normalization of the situation will depend on how the spread of the infection develops. The decisions, as until now, will be made based on the opinions of experts, that is, epidemiologists from the Committee for Infectious Diseases, stated yesterday Prime Minister Oliver Spasovski.

Prime Minister Oliver Spasovski today on his Facebook profile especially highlighted the anticipated support for the agriculture, which is part of the third government set of economic measures for helping the economy. The measures, among else, anticipate support in the amount of five million euros for the agriculture sector provided through the Development Bank, a payment card for subsidizing 50 percent of the green oil and stimulating grape growers for production of new products.

The Basic Civil Court Skopje informs that starting from tomorrow all scheduled trials will be held in accordance to the Decision on actions of the courts in the Republic of North Macedonia in conditions of increased danger due to the COVID-19 virus.

Маја Ivanovska in cooperation with Diana Tahiri and Arben Zekiri

One year from CIVIL's demand for cancellation of... 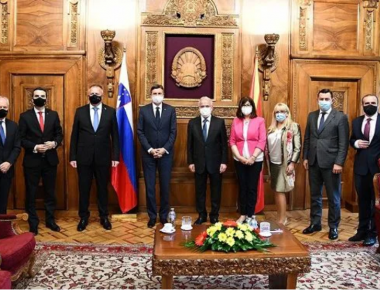