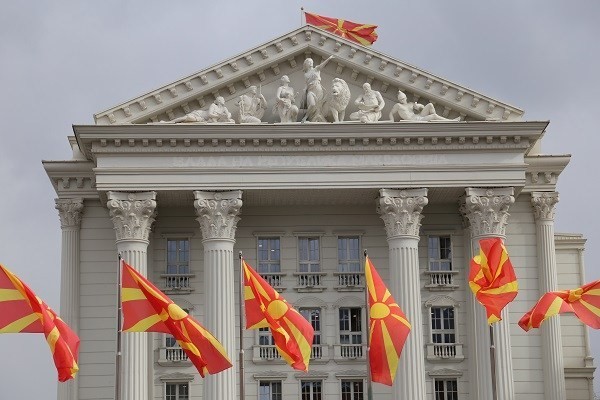 Government reshuffle next week in Parliament

Government spokesperson Muamet Hodza today stated that early next week it is expected for the Parliament to adopt the proposal for the announced government reshuffle. According to him, Prime Minister Zoran Zaev is to submit the proposal for the changes in the government cabinet by the end of this week. In the meanwhile, as Hodza stated, Zaev is continuing the consultations with the coalition parties.

“Canada ratified the protocol on the accession of North Macedonia to NATO with pleasure. As we celebrate 70 years of NATO, we are looking forward to welcoming you as the 30th member of the Alliance in the near future”, stated the Canadian Ministry of Foreign Affairs.

In the meanwhile, the procedure for ratification is also underway in the US Senate. The ratification of the Protocol in Washington is expected to take place by the end of the summer.

The NATO Accession Protocol was ratified by Germany and Estonia ten days ago.

With the ratification of the Protocol by the 29 allies in the Alliance, Macedonia is expected to officially become the 30th NATO member at the London Summit, when the 70th anniversary will be marked.

Bulgaria and Macedonia might be jointly chairing the Berlin process

The current chair of the Berlin Process is Poland, and the next one should be determined at the Summit in Poznan at the beginning of July this year.

Case “Torture”: Kamcev did not appear to testify, prosecutor demands he be brought to court

Prosecutor Ljubomir Lape at today’s hearing on the case “Torture” requested for witness Orce Kamcev to be brought to court at the next hearing, that is, with police.

Today’s hearing was postponed, because defendant Metus Sabani did not appear in court, due to health issues.

Former Director of UBK, Saso Mijalkov and six more members of the special forces Alpha are accused in the case “Torture”.

On June 25, CIVIL – Center for Freedom is organizing a panel discussion dedicated to human rights and freedoms, transparent and responsible political processes and the rule of law. Prof. Jasna Bacovska and Prof. Mirjana Najcevska, as well as activist Merita Maksuti will be speaking at the panel.

This event is part of the project Civic Lenses, which CIVIL has been successfully implementing in cooperation with National Endowment for Democracy.