Categories
Home Politics Hajredini: Ahmeti is doing everything to save Gruevski

INTERVIEW Hajredini: Ahmeti is doing everything to save Gruevski 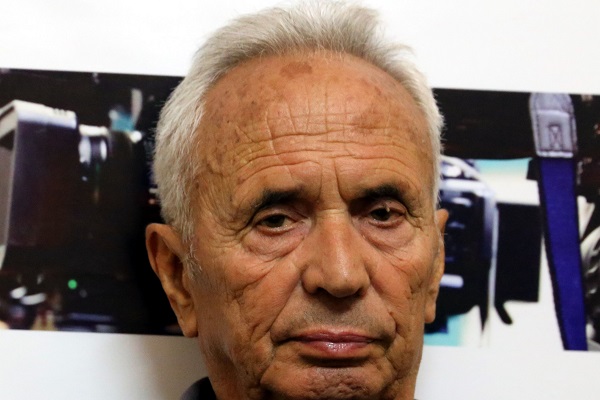 Xhevdet Hajredini, finance expert, analyst and former finance minister, reveals his observations about the obstructions that Ali Ahmeti is doing in the government that is lead by Zoran Zaev. In this interview, Hajredini also analyzes Ahmeti’s position in regards to the Law on the use of languages, as well as his infamous role that he plays with his constant action against the government reforms, with the efforts for the judiciary to remain captured, and by this for Gruevski to remain free.

I would start with the time before Ali Ahmeti was to be forced by the European Union, personally by Federica Mogherini, to distance himself from VMRO-DPMNE and Nikola Gruevski. In an interview for the newspaper Republika, Nikola Gruevski said that he would never allow DUI to form a coalition with SDSM. After the journalist asked how he would prevent this, he replied that those from DUI know how. “Well then”, continued the journalist, “could you also tell us how?”. “You will allow us to keep some of our plans a secret”.

However, it happened as it did, after there were no more officials from America, from NATO, from the European Union, who didn’t come here to force him to distance himself. However, DUI’s evident behavior from then until today, regardless of what has happened, speaks that this link is not interrupted.

The question is raised as to why Gruevski did not use that tool? This is also agreed in the new set-up and constellation of the political configuration in Macedonia. Ali Ahmeti needs to do everything he can in order to help Nikola Gruevski. In helping Gruevski, he is actually protecting himself. If it were to come to a fall, then Gruevski will use the trump cards he has, and that would lead to who knows what kind of consequences for Macedonia, for Ahmeti and for VMRO and Gruevski, and for the country overall.

In which way is Ali Ahmeti helping Gruevski? Can you give us an example?

I can testify that Ali Ahmeti was working in favor and under the pressure of Nikola Gruevski even during the negotiations for the Przino Agreement. I have personally had the opportunity to hear this testimony from Peter Vanhoutte. In an interview for Focus at that time, April 2015, he said that during the negotiations, at one moment Gruevski had requested for a break so that he could consult Ali Ahmeti alone.  They moved away, and after some time he returned, Ali Ahmeti was pale and turned towards Gruevski. He also told me this: “I took aside one member from the group of VMRO and asked him: What did you do to the man for him to change this way? We showed him a movie, upstairs”.

So, this connection, this problem functions even today. How? Very simple.

What does that mean? It means that Ali Ahmeti does not want what’s inside the recordings to be touched, at any price, even though before Zaev released any of those recordings that same Ali Ahmeti said: “Everything there is in regards to DUI can be published, if someone has done something then he should be held responsible”.

However, in that time, whether intentionally or not, Zaev released two-three recordings about DUI and personally about Ali Ahmeti, who speaks perfectly in Macedonian with Nikola Gruevski about saving some illegally built buildings in Cair, while that same man is applying the Ohrid Agreement for 17 years just for him. He has the opportunity and the money to pay for an interpreter and to speak in Albanian with translation at every public appearance. So, he does apply the Ohrid Agreement, but just for himself.

Hence, he is obstructing all the proposals. He made a bomb with the very fact that he set the Law on the use of languages as a condition, contrary to Hahn’s and others’ opinion that there is no need for the law to have a flag. For him it was not so much about the language, because if it was about the language, especially in these eight years, five of which he had a two-thirds majority in the Assembly, then he would have passed that law in agreement with Gruevski.

However, the law was not a primary issue for him. For him it was primary to prevent the processes of passing the reform laws, to continue with the capture of the judiciary, to have prolongings in the hearings for two years…

And imagine for these processes to continue this way, after some rulings are brought by the basic courts, they need to go to the court of appeals, so with Ali Ahmeti’s prolonging of the processes, he is directly helping Nikola Gruevski.

What does Zoran Zaev, as a prime Minister of this government, need to do at this moment?

There was no need for Zaev to accept all the conditions of Ali Ahmeti, especially after the changes that occurred in VMRO, and after the possibility for Ali Ahmeti to go and form a coalition with VMRO at every moment didn’t exist anymore. Zaev didn’t have to support Ali Ahmeti in order to win all the mayors, because the international community, the European Union wouldn’t have allowed Ali Ahmeti to simply leave the government in order to create a crisis, elections and so on. This is not possible now. We just need to have in consideration, especially Zoran Zaev, that the processes of unfolding this crisis were enabled by those 30-40.000 Albanian voters, who brought 4-5 MPs for SDSM’s coalition.

Ali Ahmeti also helped with the SEC, through Subhi Jakupi, who refrained from voting for opening more ballot boxes in Gostivar; VMRO wouldn’t have had not even 51 MPs…

And now, those Albanians who voted for Zaev are rightly disappointed. One of them from Cair said to Zaev directly: “We voted for you to save us from these gangs of DUI in Cair, and you have come here to save Ali Ahmeti’s gangs”. Zaev was left speechless. Zaev didn’t have to go to that extent, he could have also pressured Ahmeti and not supported mayors who he himself also mentioned were corrupted. Here, I still cannot realize why Zaev is supporting him to that extent. Ali Ahmeti is doing all of this in order to protect himself and to save Gruevski.

The moment Gruevski sees that he will definitely be going to jail, and with such a process that will not be soon, then he will implement all the laws that he had previously announced.

CIVIL and ODIHR – similarities and differences

Enabling environment-A principle that is not... 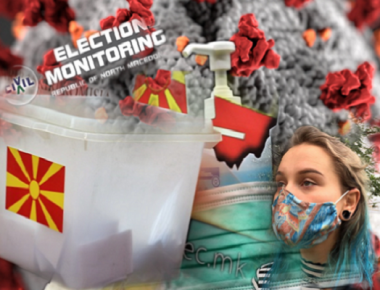 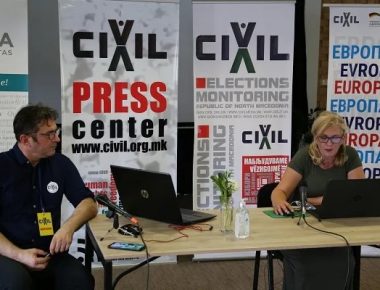 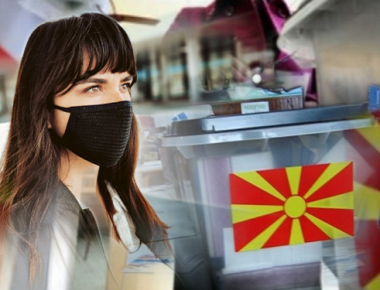