Categories
Home Newsroom Hahn: The Prespa Agreement can encourage solutions to all the problems in the Balkans

STATEMENT Hahn: The Prespa Agreement can encourage solutions to all the problems in the Balkans 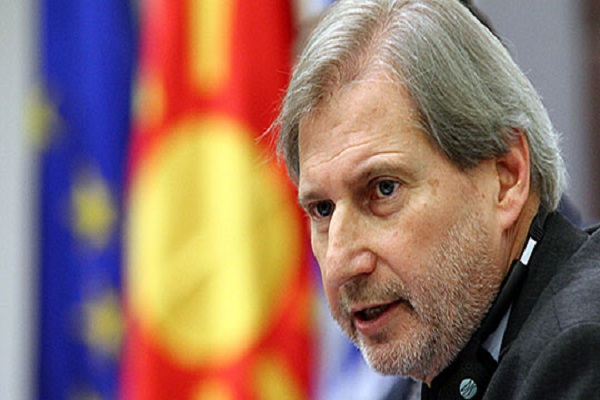 The Prespa Agreement between North Macedonia and Greece can encourage solutions also to other open issues in the Balkans, says former European Union’s commissioner for EU enlargement Johannes Hahn in an interview for “Washington Post”.

Hahn, who last week was in Washington for talks with representatives of the US government for the Western Balkans, the middle East and for Ukraine, says that the Prespa Agreement is a result of the joint support of the US and the EU for resolving the longstanding name dispute between Athens and Skopje…

“I think that both sides are very successful. The US have given great support for what we call today North Macedonia”, highlighted Hahn, referring to the Prespa Agreement.

The European Commissioner hopes that the closing of the name dispute will be an example and introduction for resolving other conflicts in the region as well, including also the lack of progress of dialogue between Serbia and Kosovo, which he says is caused by the trade tariffs imposed by Pristina at the end of last year.

Commenting the role of the US in the region, Hahn says that Washington, and not Brussels, was in the driver’s seat during the wars in the region in the 1990s.

“Today, the US support the European Union in the region very much. I think that they are very happy that the EU now has the leading role in the region”, explains Hahn. He says that the situation has changed – the US have almost no business interests in the region, and what now is a daily routine is for the EU to take care of the situation.

Who will be observing the elections?