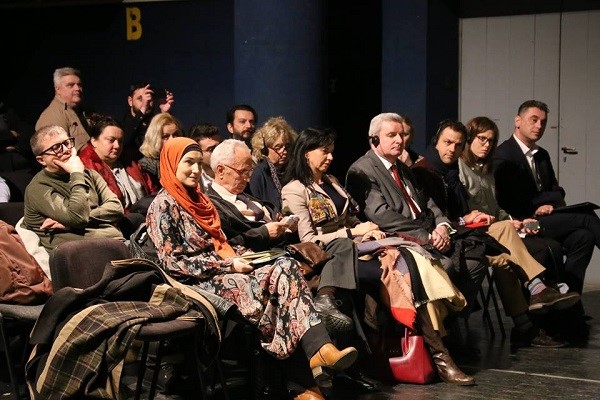 Where is Macedonia between the hopes and reality, how 2018 and 2019 have contributed and will contribute to the historical endings, are the topics that were discussed today at the Conference #Perspectives2019, organized by CIVIL – Center for Freedom.

“We are trying to give a tone to what we as a civil society are doing and offer solutions to the current problems”, highlighted the President of CIVIL, Xhabir Deralla, at the very beginning, stressing the need for such a conference.

In his introductory speech, German Ambassador Thomas Gerberich, outlined that this is a very important time for Macedonia, following the implementation of the Prespa Agreement and especially the ratification of the NATO accession protocol in the Greek Parliament. 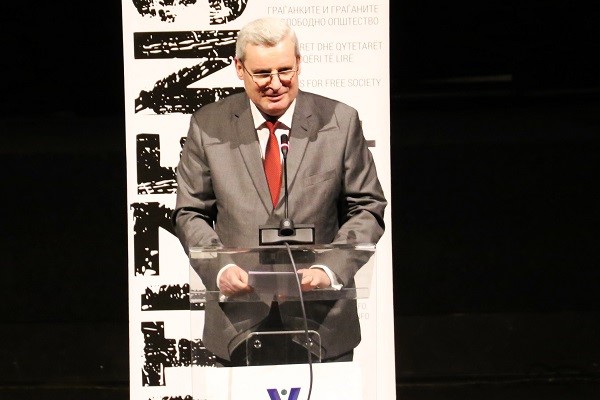 “The road ahead of you and us will not be easy and at times will be painful. And time is running! The European Council will decide in June 2019 whether the enlargement and accession negotiations will start, depending on the further progress of the reforms. One thing is clear! The EU perspectives are real for you, and more real than ever before!”, said Gerberich.

Minister of Labor and Social Policy, Mila Carovska, said that we still need time to build the vision, and that we must not lose hope because that is what can pull us out of the entire situation.

“North Macedonia has finally made the right step”, said Carovska, adding that everything can be achieved if it is truly desired! 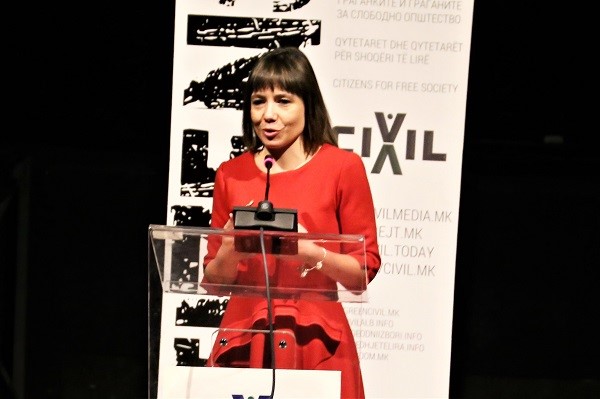 “It is important not to have any more violation of human rights in state institutions”, said Carovska, stressing that social protection is not just money. She expects that all MPs together will pass the laws related to social protection.

According to Carovska, the perspective for 2019 is that the law on non-discrimination will become effective.

“The vision for the social protection is set, it remains for us to continue with that pace”, she said.

Professor Mirjana Najcevska says that it is normal to have a different perception of what is happening to us in society. 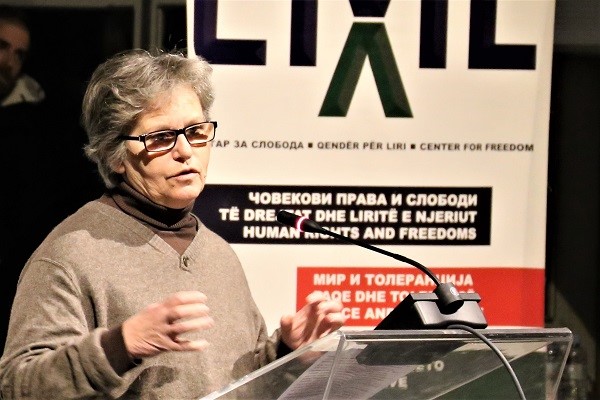 “There were many expectations, after 11 years of fascism, that there would be a revolutionary change. But it turned out that the roots of the problems are deeper, that it is not about a party unanimity or partisation of the state. In my opinion, in Macedonia there are no political parties, but rather ethno-tribal clans. They do not conquer the power in the state, but the territory of that clan. In order to show that they have conquered the enemy territory, first they color it in their colors, and then they divide it with their allies. This correlates with the level of development and awareness”, said Najcevska.

“There is no perspective as long as we don’t get out from the level of development of an ethno-tribal order!”, Najcevska was decisive, and added that the foreigners have a big role in this and that they will have to take responsibility.

Former Minister of Finance, Dzevdet Hajredini, in his speech criticized the Government for announcing 2019 as an economic year for Macedonia, saying that every year has to be economic. Hajredini spoke also about DUI’s obstructions in regards to the Electoral Code, the party employments and the SPO cases in which officials of this party are accused.

Aleksandar Krzalovski, Executive Director of MCIC, said that he hadn’t had high expectations from the very beginning, although he considers himself to be an optimist, and that his expectations are in line with the real situation. 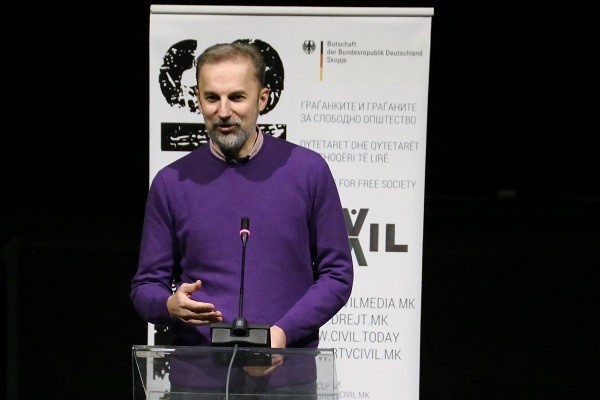 “We shouldn’t expect that the foreigners will change everything. This should start from ourselves and we should make that change”, said Krzalovski.

“It is good that the Prespa Agreement was reached, because we have passed that psychological barrier, but now it is up to us to make all the reforms and movements towards the European Union. I think that we should at least try to move things in terms of the economy and prevent the outflow of citizens from Macedonia”, said Krzalovski.

Activist Mersiha Smailovic spoke about the protests of neighboring Serbia and the hope they have, like she had when there were protests in Macedonia. She says that although recently many things have been happening that are disappointing, that hope must not be lost, nor should the fight stop. 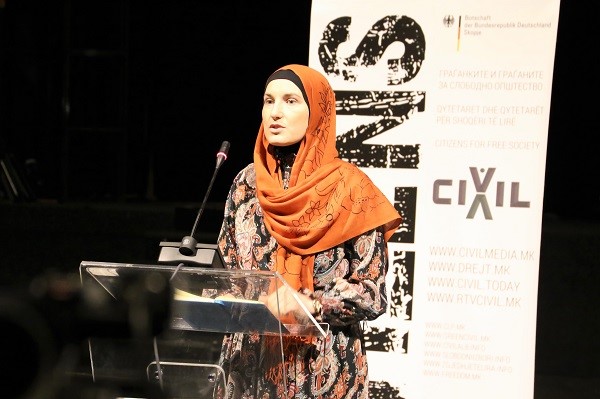 “It’s important not to stop! This is where I also find myself! We must not lose energy! We need much wisdom to face all the problems. It is difficult to find a sentence for the hopes and perspectives, but we must not stop”, Smailovic is decisive.

The Program Director of the LGBTI Support Center, Koco Andonovski, pointed out in his speech that the biggest problem is precisely what Professor Mirjana Najcevska had already emphasized, and that is the clan-tribal behavior. He also considers that the electoral model is the source of many problems in society. 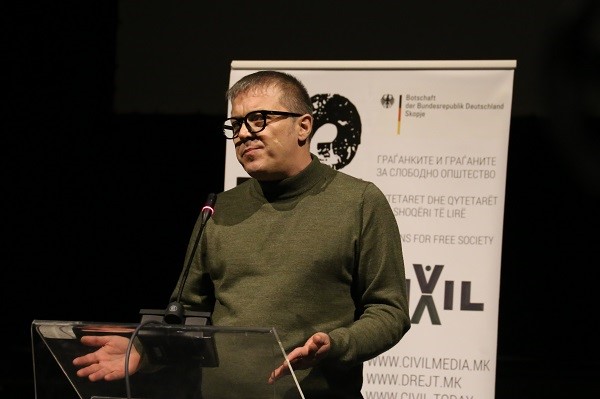 “The responsibility of the MPs goes to the parties, and not to those people, because the people vote for the parties! That’s wrong! They have made us live for 30 years in terrible conditions of repression, where there is no respect for anything, neither for justice, nor for rights”, says Andonovski.

He spoke about the need of open lists at elections, and that from here the reforms will start to unravel.

“In our country, the point towards which responsibility should be directed is dislocated”, he concluded.

Andovski considers that this year the declarative nature of the politicians, activists and parties will start to become apparent, and as an example he pointed to the blocking of the Law against discrimination by VMRO-DPMNE and DUI.

“We as a society finally will have to overcome this year the panic and fear of the definitiveness of our standpoint”, adding that we are trying to define ourselves for 30 years.

Former leader of PDP, Faton Aliti, thinks that our challenge is in that reforms are not being implemented.

“We will understand each other better if we sit down and admit our mistakes, in the sense that conditions need to mature for us to more sincerely confide our concerns about what created distrust among the people”, says Aliti. 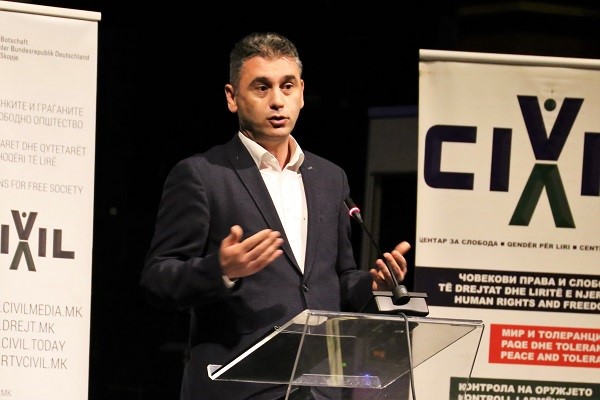 In the context of interethnic relations, Aliti, through a personal example from the everyday life, spoke about the distrust among people from different ethnic communities, and emphasized that we must work on restoring the trust.

“We should have started with this approach back from 1991. We must understand the position of the fellow citizen”, he added.

“Only in this way, the society will be ready for the great European family. And certainly, those who influence the creating of the public opinion, have the greatest responsibility. It is not correct for the national aspirations of one group to be in the function of fulfilling only other national aspirations. We must find a way to interact with each other”, concluded Aliti.

Biljana Jordanovska from CIVIL spoke about what what awaits us in 2019, about the environment, social justice and the upcoming presidential elections.

“We are witnesses to the environmental problems we have faced until now. Despite all government measures in the past years, we are still facing insufficient environmental awareness”, stressed Jordanovska.

In regards to social justice, Jordanovska thinks that it is associated with the violation of workers’ rights, unemployment or overstaffing in some sectors. She considers that in that context, the local problems will again be solved in the campaign for the presidential elections.

Jordanovska spoke about a series of aspects that are still not regulated in order for us to have fair and democratic elections, such as the Voters Register, violation of the right to vote, corruption and etc.

Dehran Muratov from CIVIL considers that the presidential elections will look more like some kind of attempt for a census, and not electing the most suitable person for president of the state, while at the same time again dividing the citizens on a national basis. 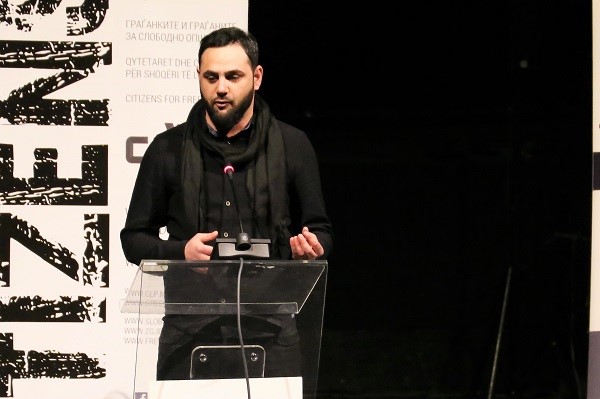 He thinks that the media are quite responsible for the direction that the country will have. But that there are also associations of citizens and civic organizations and also politicians, unfortunately, contributing to these problems.

My speech will not be conveyed anywhere, but if Amdi Bajram was here in my place, everyone would have been here, because he is funny and he is “coca-cola”. People, he hasn’t done anything for the Roma in Macedonia! We had a change of a minister without portfolio three times, who was voiceless and we don’t know what that person looks like, who is supposed to work for the situation with the Roma. The young people are fleeing the country because quality cadre is not employed where it should be, but instead family members of officials are. And they overdid with the transparency as well! Enough of seeing their mistakes!”, said Muratov.

The President of CIVIL, Xhabir Deralla, said that despite the foreign policy, at home we have little reason to rejoice and commend. 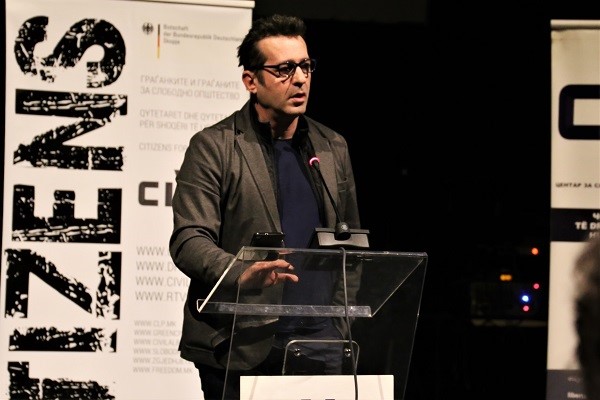 “We have an interesting way of electing the SCPC. Some new modalities in the Law on prevention of corruption. But here I would stop with the compliments, because I think that the law still has serious shortcomings”, highlighted Deralla.

He added that in the fight against corruption, as many as possible entities, organizations and individuals should be involved, but also that the institutions are the most responsible for this, because our institutions are extremely corrupt.

As for the concept one society for all, Deralla considers that exactly this concept can bring Macedonia to the top in the region, as an example of how one society should function, but also that the capacities of those who need to implement these concepts are not at the most enviable level.

“After all, we saw how this concept functions during the Colorful Revolution and many other protests in these past years. We cannot accept to have concepts that turn us back, while previously having had excellent experiences in that sense”, said Deralla.

He highlighted the work of the Ministry of Labor and Social Policy as one of the brightest points in domestic policies. “Every good example shows that it can be done, but isn’t done”, concluded Deralla.

Jordanovska: We are still facing lack of...

Gerberich: The EU perspectives are real, and more...