Categories
Home Newsroom CIVIL: Sulejman should be held responsible for the hate speech

REACTION CIVIL: Sulejman should be held responsible for the hate speech 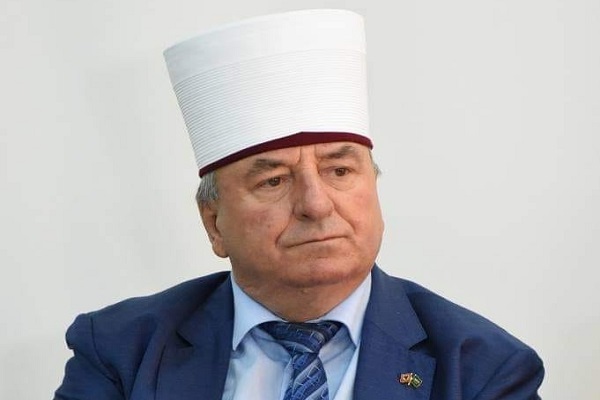 CIVIL – Center for Freedom condemns the statement of the Head of the Islamic Religious Community, Sulejman Rexhepi, which was given on March 14, at the ceremony of the laying of the foundation stone of the mosque in the Skopje village of Arnakija, and posted on his Facebook profile these days.

It is extremely unacceptable for a head of a religious community to use such hate speech and to incite religious and national intolerance.

CIVIL concludes that with such statement, the head of the IRC, Sulejman Rexhepi violates article 391 of the Electoral Code, according to which encouraging hatred, discord or intolerance on national, racial, religious or other discriminatory grounds is forbidden.

CIVIL reminds that the behaviour of Sulejman Rexhepi, like many times before, is contrary to the principles that he says he advocates for. Blackmail, support for regimes that brutally kill journalists, as was the case with Khashoggi, blackmail with returning property to support the elections, hindering the adoption of laws, like the ones on abortion and antidiscrimination, publishing personal photos on which he and his minor members of his family are holding a weapon in their hands…, are just part of such behaviour of Rexhepi, to which we have been testifying for years.

Rexhepi’s behaviour is extremely unacceptable and must stop immediately! Religious communities, both the Islamic and Orthodox as well as the others, must be separated from the state!

We assess Rexhepi’s latest statement, which caused an explosion of public reactions and is an example for offensive and utterly unacceptable behaviour in terms of hate speech and discrimination, as a criminal act for which Rexhepi’s has to be held responsible!

CIVIL demands from the Ministry of Interior and the Public Prosecutor’s Office to react immediately and to call Rexhepi to responsibility! The law has to apply to everyone equally, and thus also to Rexhepi!

Furthermore, we ask Rexhepi to apologize and withdraw his statement!

An event you don’t want to miss: Conference...

Ordanoski: Things are not going in the direction...