STATEMENT CIVIL: May 9, the fight continues! 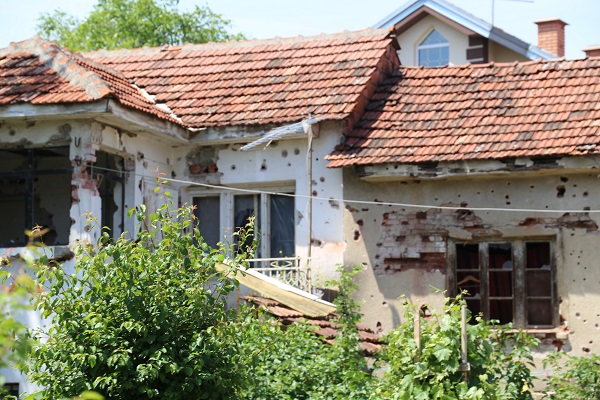 The road to a free and democratic Macedonia is long and difficult and demands much efforts and sacrifices, but this will inevitably happen. The freethinkers and pro-democracy forces, the politically conscious citizens of Macedonia have found their path from which there is no giving up.

May 9 is not just a historical day that is supposed to mark something from the past, but rather to also remind us that the fight is not over, that we must further continue to fight with all our forces against injustice, hate and violence cause by nationalists, extremists and radicals at all levels.

May 9 is a reminder of Divo Naselje, a fierce security crisis that was instigated by the criminal-terrorist group of Mirsad Ndrecaj, one of the darkest and most traumatic events of the rule and fall of the regime of Nikola Gruevski.

No matter how ironic it may seem, this “small” bloody war in Kumanovo contribute to bridging the ethnic difference, the organizing of protests where citizens regardless of their ethnic affiliation managed to remain united around one and only goal, which was to bring down Gruevski’ regime. Contrary to the continuous systematic operation to introduce discord and ethnic tensions and thus rule with fear, threats and violence, we see maturing of the social conscience in Republic of Macedonia. The Macedonian society matured, both politically and socially, it developed a political culture that gave new quality of life in the country.

Four years after the blood May 9th in Divo Naselje, CIVIL – Center for Freedom reminds and calls for responsibility of the institutions and all political subjects in the country.

CIVIL – Center for Freedom reminds the institutions that they have a responsibility before the citizens of Macedonia, to clear this case, transparently and objectively.

On this day we defeated fascism in 1945. We will continue the fight further on! Happy May 9!

CIVIL and the 2019 presidential elections

The politicians are to be blamed for the...