PRESS-CENTER CIVIL calls for a local referendum for Universal Hall 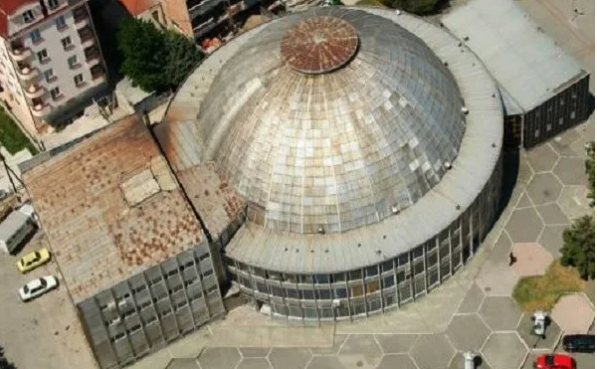 CIVIL and the organizational unit Green Civil are joining the informal public discussion related to the Universal Hall. Here we are talking about a building that is a symbol of solidarity, built after the earthquake in 1963 in Skopje, put into use in 1966. Throughout its long existence, Universal Hall has become one of the most important cultural centers not only for the City of Skopje, but also for the entire country.

Therefore, CIVIL’s position is that this important building deserves a broad civil debate and a decision on its fate. Solutions need to be sought to the issues also at the international level, while the final decision should be made after holding a consultative local referendum on the fate of the Universal Hall.

The children’s festival Golden Nightingale, the Skopje Jazz Festival, concerts, plays, great cultural and social events are just some of the events that used to be organized in the Universal Hall. This evokes emotions among people, brings to mind memories, identifications with the place and time for many generations.

On the other hand are the arguments and urban plans and the desire for the Universal Hall to gain even more value of a multimedia center that will satisfy the cultural and spiritual aspirations of the citizens and will be a place where not only the people of Skopje will identify themselves, but also everyone who is part of the cultural and art scene in the country.

Parliament to be constituted on August 4, most...