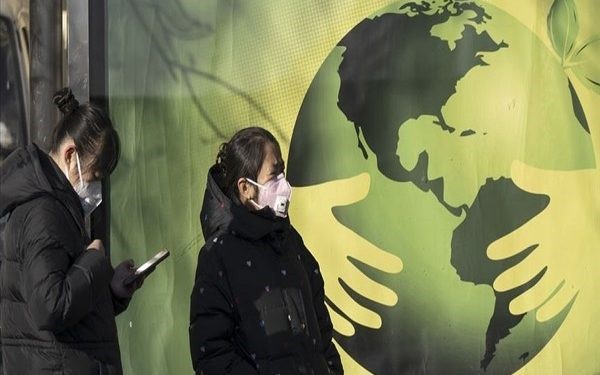 TREATMENT Debar has no newly-infected COVID-19 patients for the seventh day in a row, and only two more of the already infected are in home treatment.

“Over 250 tests have been made so far, of which 51 have tested positive for COVID-19, two of them from Centar Zhupa. Also, more than 50 retests have been made in order to confirm the negative result, that is, that the infected person has recovered”, stated for MIA the Mayor of Debar, Hekuran Dika, who also manages the Municipal Operational Headquarters.

GENDER VIOLANCE In many countries around the world, the rate of domestic violence is on the rise as a consequence of the measures for self-isolation that are being taken for tackling the spread of the coronavirus.

INITIATIVE About thirty MPs from SDSM, NSDP, Independent Parliamentary Group of VMRO-DPMNE, Alliance for Albanians, Alternative and DPA have signed the initiative of SDSM’s parliamentary group for convening a session of the Parliament where the two decisions of the State President for declaring a state of emergency of 30 days due to the COVID-19 pandemic will be confirmed.

RESTRICTIONS The restrictions on movement will be reduced as of tomorrow, announced the Minister of Health, Venko Filipce, on his Facebook profile.

Starting from tomorrow, Thursday, April 23, the restrictions on movement will be reduced. Every weekday, from Monday to Friday, movement of citizens will be allowed from 5am to 7pm. The ban on movement throughout the country will start at 7pm and will last until 5am, indicated Filipce.

DENIAL The Clinic for Infectious Diseases today announced that they are completely denying the allegations of the mother with the four-month-old baby who claims that not a single doctor had come to them while they are in the hospital to tell them the results of their COVID-19 tests.

POSITIVE NEWS“The number of recovered patients is rising and this is encouraging and is an additional motivation for doctors in the hospitals and for family doctors. So far, 272 patients have recovered, the latest of which are 48, of which six have been treated in a hospital and 42 having been in home treatment”, announced Minister of Health Venko Filipce this afternoon in an online press conference together with Prime Minister Oliver Spasovski.

recent measures. In the past three days there are more recovering than newly-infected citizens of the Republic of North Macedonia”, said Filipce.

STATE MATURA EXAM In regards to the lessening of the measures, for which the decisions will be made after May 1, Prime Minister Oliver Spasovski replying to a journalist question said that the decision for the state matura exam for students completing secondary education will be made in the following stage.

DECISION Today the Government adopted the Decision for determining the working hours of the Government of the Republic of North Macedonia, the ministries and other state administration bodies, in accordance to the amendments to the decision on banning movement.

TRADE The Government of the Republic of North Macedonia today adopted a Decree for the application of the Law on Trade during state of emergency, announced the government press service.

SUPERVISION Ina day or two the report should be ready of the extraordinary inspection in Kumanovo by the State Sanitary and Health Inspectorate that is to determine whether there is responsibility for the fact that after the visit to the Municipal Crisis Headquarters of this city, Prime Minister Oliver Spasovski, Deputy Prime Minister Bujar Osmani and Ministers Venko Filipce and Arbr Ademi are in isolation.

MY VATT The Government at today’s session passed a decision to reduce the prize money for the “MyVATT, MyPrize” prize, and to pay these funds to the Fund for assistance and support in dealing with the crisis caused by the COVID-19 coronavirus.